The Best Day Ever

Imagine standing in front of a room full of one hundred people. You tell them to raise their hand if they consider themselves optimistic. How many people have their hands raised?

Yep, all of them. 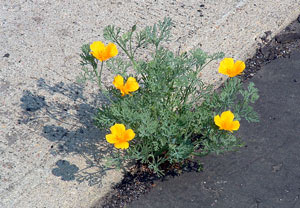 Everybody thinks of themselves as optimistic; nobody will admit that they are pessimistic. When pressed by someone who knows them and thinks otherwise, they might admit, “I’m not pessimistic. I’m realistic.” You’ll never hear anyone say, “Yeah, that’s me, pessimistic. I see the worst in every situation, my best days are way behind me, yesterday will always be better than tomorrow, and if anything can go wrong, it most certainly will.”

So if we extended our little informal imaginary survey to say, the whole world, we’d have a planet packed with self-proclaimed optimists. Riiiiiiigghht. It’s impossible to ascertain whether someone is an optimists or a pessimist just by asking her. But that doesn’t mean there isn’t a way to distinguish between the two. And it’s foolproof, too.

Listen to the words they use.

The language a person uses will reveal whether or not they really are the optimist they believe to be. If you start listening attentively, you’ll understand what I mean in no time. Take, for instance, the simple act of asking someone how he’s doing. Will he respond with a cheerful, “Great! Never been better!” or the more common, “Not bad. Could be better,” “I’m hanging in there,” “I could do without the heat,” or “If it wasn’t for all this snow, I’d be fine.”

Judging a person to be optimistic or pessimistic by listening to them speak is like playing poker against someone with his cards facing out. Easy.

I’ve read The Power of Positive Thinking by Norman Vincent Peale many times. The classic book covers several timeless truths, among them being the notion that when we use more positive words, we will think more positive thoughts, and more positive outcomes will be the result. If you boil it all down, Mr. Peale really wrote a book about Adultitis. He was trying to get people to be more childlike! After all, how many pessimistic five-year-olds have you been around? Kids believe that TODAY has the potential to be the best day ever, that the prize in their Cracker Jacks could be worth a million dollars, and that Santa will be able to squeeze that new bike — and his jolly plump frame — down the chimney with nary a problem.

As we get older, Adultitis creeps in and poisons our language, which breeds negative thoughts (and negative results). But there is hope. That optimistic five-year-old is still within you. You need to bring him or her out by changing the way you talk. Practice weeding out negative words and peppering your language with words of abundance, prosperity, and optimism — even if you don’t believe them. Maybe instead of thinking of that little gadget that wakes you up every morning as an alarm clock, why not start thinking of it as an “opportunity clock,” as Zig Ziglar suggests. Keep at this game of putting a positive slant on the words you use, and eventually you WILL notice some differences. Just like Dorothy leaving black-and-white Kansas and entering the Technicolor world of Oz, that inner-five-year old will awaken and you’ll see the world in a whole new way. You’ll realize that today really IS the best day ever.

And people won’t need to ask you if you’re optimistic or pessimistic. They’ll already know.

(This post is part of the Positive Thinking Day group writing project. Thanks for the tag, Maria!)