The Challenge: Call or meet with someone in your family and ask them a question you are curious about regarding your family’s history. 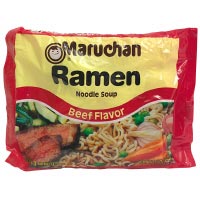 My original plan was to call my oldest sister who lives in TX. I soon found out that she has been blessed by a visit from the flu bug and was in bed. Plan B worked just fine, as my original questions involved my brother-in-law also. So this gave me the chance to pick his brain a bit, which I don’t often have the opportunity to do. He and my sister have been married for over ten years and in their early days they lived on Ramen noodles in their small apartment, as they tried to build Gene’s business. Jason and I really look up to their accomplishments and appreciate the sacrifices they made early on to help to get them where they are today. (There is no such thing as an overnight success.) I asked him to tell me about the biggest challenges they had in those early days and what helped them get through it all. He told me some things that I hadn’t heard before. Knowing that Jason and I are still in our “early days” it was inspiring to hear what got them through it. I think sometimes pride gets in our way of asking others about their struggles and successes. We feel like we have to pretend we already have it all figured out. This challenge reminded me that there is so much I can learn from those around me. My brother-in-law’s golden nugget advice was to stay focused and enjoy the little things!

Jason:
My Dad’s letter from Challenge #12 inspired me on this one. (Yes, for those of you wondering, football free throw shooting Walt is indeed my father.) He wrote about his dad, my grandfather, and it occurred to me just how little I know about him. In fact, the first time I ever saw a picture of him was quite recently. His name was Walter, and he passed away when he was about 50; my dad was still pretty young.

So I got on the phone to my dad to see if I could dig up some more information about the one grandparent I never got a chance to know.

He grew up in LaSalle, Illinois on a farm, and spent some time as a factory worker and butcher before he settled in as a carpenter. According to my dad, family was the thing he cared about the most, and he loved spending time with friends and family. Apparently, he was a mighty fine euchre player and an excellent off-shore fisherman. My dad remembered him as a very social guy and recalled a funeral home employee saying, “Biggest wake I’ve ever seen for a lay person.” That really impressed my dad, and he estimated that he must have been a pretty good guy.

That point was driven home when I called my Great Aunt Rose in a quest to find out just how my grandma and grandpa met. My dad figured that she might be the only person alive who knew the answer to that one. Unfortunately, she didn’t either, but she couldn’t say enough good things about my Grandpa Kotecki. He thought the world of my grandma, Aunt Rose said. There was a lot of love between them. She did remark that Virginia wore the pants in the family 😉

“If it weren’t for him, I wouldn’t have such a nice kitchen. We didn’t have the means for it, but he remodeled the whole thing. He gave us free labor.” She said that my grandpa was a good hearted handy man, always doing favors for so many people. “He’d never charge them, either,” she said. “He was so generous, he was always helping out somebody.”

Looks like the mystery of how he and my grandma met will remain so, but as to why there was such a good turnout at his wake, that’s pretty obvious.