Kids are honest. One day when my nephew was four he was playing a board game with my mom, his grandma. In the middle of the game he stopped what he was doing abruptly and said, “Grandma, did you know you have gray hair?” She laughed and assured him that, indeed, she knew that. Increasing his intensity, he insisted, “No Grandma, REALLY gray… and you have a yellow tooth, too.” 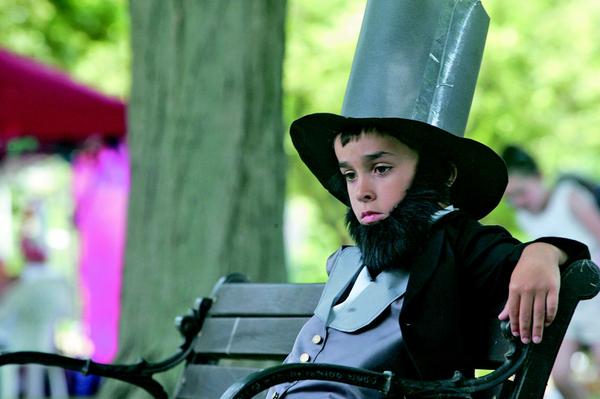 Ah yes… the honesty of children. They tell it like it is.

As a junior in college majoring in Early Childhood Education I worked part-time at a preschool on campus in a four-year-old room. In high school and college I battled some issues with acne. (Fun times.) Of course make-up helped but there were days that turned into weeks that were worse than others. On one such day during playtime a little girl spent way too long trying to convince me that I had to go home because I had chickenpox on my face. Her brother had the chickenpox and she knew all about it. She was very convincing.

Childhood honesty is refreshing to me.

Looking down the barrel of nine more months of political wrestling, with smear strategies and skeletons to divulge and exaggerate, I long for an honest candidate that will not just tell us what we all want to hear. At every turn there’s talk of the major league baseball steroid scandal. I yearn for a simple t-ball game where everyone is there because they want to play and have fun. As new corporate scandals surface everyday, it makes me smile to recall the days when the majority of your financial decisions surrounded how heavy your piggy bank was.

With President’s Day this week I can’t help but remember Honest Abe and the integrity that was once such a foundational measure of character.

Can grown-ups get back this childlike honesty?