Tip of the Week: Hero For a Day

This week’s Escape Plan challenge (aka our Tip of the Week) is #35: Hero For a Day: Do something to make the day of a child.

In almost all of Jason’s speaking programs he talks about a problem that many adults have, which is that they live by rules that don’t exist. One example he gives is how I accomplished Challenge # 11 during our original undertaking of The Escape Plan. I decided to eat dessert first. Why? Because there’s no rule saying I can’t! It was glorious! In yesterdays intergenerational program (ages 5-105) Jason asked the kids “How many kids here would like to have dessert first?” The entire flock of five-year-olds through high schoolers excitedly cheered! 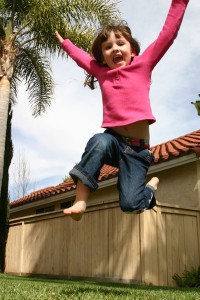 He then went on to remind the adults that when we were all little we felt this way, and our parents assured us that it would ruin our appetites. Right then and there we made a secret pledge with ourselves that when we grow up we will have dessert first whenever we want. Upon saying this he asked the adults, “Raise your hand if you’re over the age of 18 and you’ve had dessert first in the last month.” Out of 300 adults, about five (proudly) raised their hands.

After an event in which this interaction played out similarly a few weeks ago, a mom came up to us afterwards and said that she had promised her kids that over the summer one night they would have only ice cream for dinner. The summer came and went and she hadn’t done it, so she was feeling very guilty. I assured her that it would come as a welcome surprise on a Monday night for dinner during the school year. She agreed!

Surprising kids with a dessert only dinner is a simple and surefire way to make their day. Share with us in the comments of the Escape Plan what you do to make the day of a child this week.