Tonight as a group of us sat around and watched the Super Bowl half-time show, we just couldn’t help but comment about Mick Jagger. 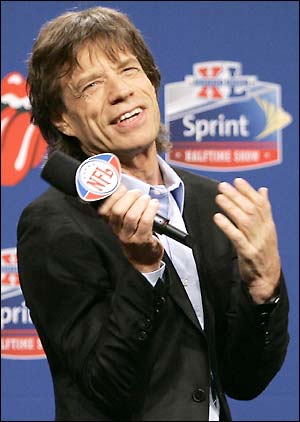 How old is he? I’m sure we weren’t the only ones having this conversation tonight. Well, I checked. In July he’ll be 63. Yes…63! He joked that he could have sung the song “Satisfaction” at the first Super Bowl forty years ago. My brother-in-law, being in his mid-twenties, commented that he didn’t know if he could move about and dance like that night after night. He was all over that stage.

I have to admit that I’m not a huge Rolling Stones fan, however I will say that I am impressed by their lack of Adultitis. The guys in that band are dancing examples of how age does not determine our actions. We are as old as we think we are. Even though Mick has qualified for AARP for twelve years, he acts not a day over twenty-one.