Last week we were flying to Denver. We ended up missing our connecting flight in Chicago because our first flight of the day in Madison was delayed. We literally sprinted through O’Hare Airport to get to our gate (which was super far away) only to find the doors to the jet bridge being closed right before our eyes. One of the American Airlines workers saw us run up, huffing and puffing, and after finding out our names began typing in the computer. She didn’t say a word. We asked if we could still get on and she told us that our seats were already given away, as it was an overbooked flight.

About ten full minutes later, as the plane was backing away from the jet bridge, the woman at the counter handed us our new tickets for the next flight to Denver a few hours later. The woman had no emotion. No apology. No anything. She was about as pleasant as a robot. 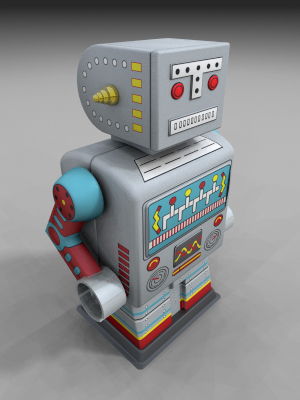 I asked her if this could’ve been avoided and tried to get some more information about their policies regarding connecting flights that have landed, knowing that the computer knew that we had landed and were making our way to the gate. She stated a rote corporate policy and handed us our tickets, as if to say, “Leave now.” At least computers ask you, “Are you sure you want to exit?” This woman didn’t even give us much choice. Once a “robot worker” states corporate policy at you, there’s not much you can say. Game over.

I know I’m certainly not the first one to be frustrated with the airline’s “corporate policies” of overbooking their flights and whatnot, but one thing I am upset about is the lack of communication and emotion (and possibly a pulse). In the end, as we were finally boarding for our later flight, we looked closer at our new tickets to see what group we were in. The lady had managed to upgrade us to first class on this flight. That was a nice surprise and it immediately led us to wonder why in the world she wouldn’t have told us that when we were visually upset at the counter about their “corporate policies.”

Lifeless and emotionless workers are poison. They poison their company, their coworkers, the general public, their families and their friends. It’s such a shame.

Here’s how it should’ve gone…

We get to the gate huffing and puffing. She notices that we had obviously ran to the gate trying to make the connection. She says, “I’m sorry to tell you, you just missed the chance to get on. We had to give your seat away because it was an overbooked flight. Let me see when the next flight goes out. (pause for typing) Hey, great news guys, I can get you first class seats on the next flight! Hopefully that will help ease the frustration of missing this flight.”

One could argue that her employer is to blame, as they are not doing a good enough job keeping their employees accountable to being friendly and helpful. One could argue that the government is to blame for working so closely with the airlines and making them so rigid, rote and corporate policy. One could also ague that this woman’s parents are to blame for raising her to lack general skills of kindness, consideration, and common sense.

I think this is a obvious case of Adultitis. This woman is in an advanced stage and is dealing with a Full-blown case.

The description for Full-blown Adultitis is as follows:
This is really serious. Your life is spiraling out of control and people no longer enjoy being around you.

It fits. She needs help. I should’ve given her a business card! If you are wondering what stage you are in or if you have any form of Adultitis, take a minute to find out.