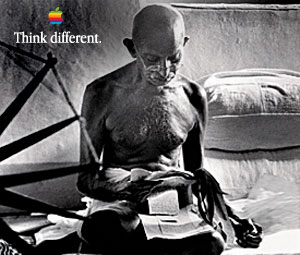 I’ve spent a lot of time recently talking about curiosity and asking questions. A lot of my focus has centered around every three-year-old’s favorite three-letter-word: why? Stepping way from the whirlwind of whys for a moment, I’d like to shine the spotlight on another question that is just as important: what if?

“What if” is cool because it not only signals an active curiosity (there’s nothing worse than couch potato curiosity), it also encourages the practice of dreaming big. Just think: two little words team up to cover two of the eight secrets from childhood. Amazing!

My buddy Don the Idea Guy wrote an eBook a while back entitled 100-Whats of Creativity. It contains 100 “what if?” questions to spark your creativity, unmuck your mind, and break through your mental blocks.

So what? (Ah, another great question…)

Well, if you really want to figure out a problem you and the misses have been wrestling with, or if you want to make your web site the coolest ever, or if you’d be interested in adding a little Purple Cowosity to that product you’re working on, or want to give a kick butt sales presentation on Monday, or you want to become a better (and more childlike!) person, you need to ask yourself some “what if?” questions.  And Don’s book has some of the best “what if?” questions I’ve ever seen, especially when it comes to unleashing your creativity. In fact, it’s like high-powered, fast-acting creativity juice for non-creative folks, and a great antidote for Adultitis! Here are just a few gems:

What if it was smaller, bigger, fatter, wider?

What if it had an attitude?

What if your idea had a theme song?

What if it were a Dr. Seuss character?

What if it existed in the distant past?

The good news is that Don’s eBook is free. (It’s coming out in paperback soon.) The gooder news is that, well, there is no gooder news, I just wanted to sneak gooder into a post. (Take that, Miss Gillespie!) Hmmm…what if gooder was a word?