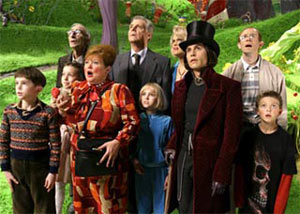 There’s something about the tunes signaling the approach of your friendly neighborhood ice cream man. I don’t care if you are seven or forty-seven years old, if you don’t experience at least a small tingle of excitement when you hear that high-pitched jingle jangle melody, you are dead inside. Dead, I tell you. Definitely suffering from a full-blown case of Adultitis.

So where do ice cream truck drivers get their Pied Piper-like music? I always though that maybe the trucks were custom built by Willy Wonka in a mysterious factory somewhere. I’d like to believe that is still a viable possibility, but at least now I know that ice cream truck music is now available to the masses.

That’s right, now you can trick out your Honda Accord with some sweet tunes designed specially for motorized ice cream merchants.

Michael Hearst has released Songs for Ice Cream Trucks, a childlike collection of quirky little tunes, featuring offbeat instruments like the claviola, space crickets, and my favorite — the glockenspiel!

An article in Wired featured the album, noting that Hearst consulted with ice cream truck drivers directly (they said to stick with high-end chimes because they carry better through the air), and that drivers around the country are ditching their tired old soundtracks for this refreshing new fare.

“I first heard Michael’s music on MySpace about a year and a half ago,” explains Matt Allen, also known as the Ice Cream Man in Los Angeles. “Since then, I’ve played it from my truck Bessie. It sounds like something you’d hear in a movie about ice cream.”

Listen for yourself: “Where Does Ice Cream Go in the Winter?” 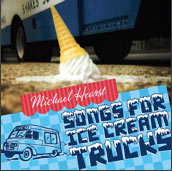 Way cool (bad pun intended). You can learn more about the project at Michael’s website, or buy the album via iTunes. Just think of the looks you’ll get rolling into the office parking lot with your windows down and these cool tunes dancing out of your stereo. One thing’s for sure, you’ll definitely be more popular.

You might want to carry a few ice cream sandwiches with you, just in case.