A Gourmet Grilled Cheese Sandwich Made with Pop Tarts! 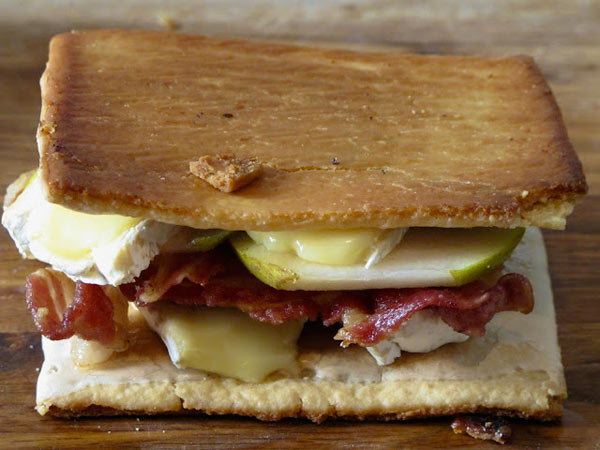 Yes, my friends, this is a grilled cheese sandwich. But with brown sugar Pop-Tarts instead of bread. And pears.

I am a sucker for unusual grilled cheese sandwich recipes, but this version, dubbed the Mother Teresa, may be the big cheese when it comes to unusual! Here’s what the creator had to say about it:

“I don’t know what else to say except that I first made it at 2 am one night and it was one of those things that was either going to be really good or really bad. The first prototype was just Pop-Tarts and bacon. And that was good but I thought it was a little bit white-trash so I decided to class it up with brie and pear. The first few people I made it for were totally disgusted by the idea of it and laughed at me up until the first bite.”

The full instructions can be found at Grilled Cheese Social, along with other good ones like the Cheddar Cheddar BANG BANG!, Pizza Party, and the “I’m Never Eating Again” Sandwich. Yum!