Be Careful with Luck 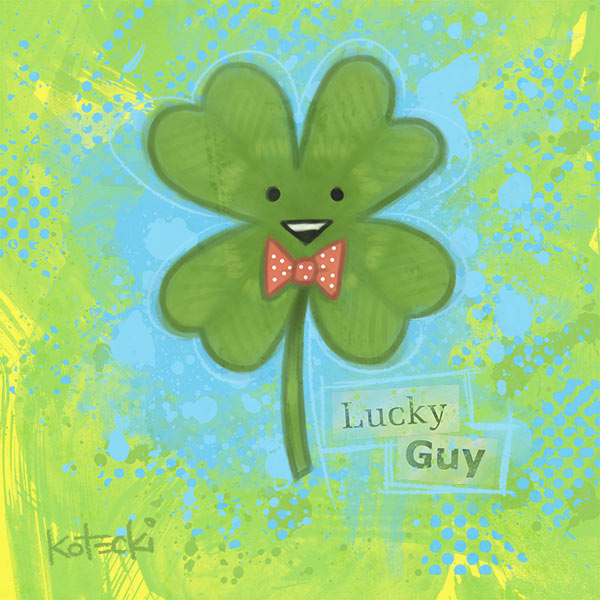 “Those who have succeeded at anything and don’t mention luck are kidding themselves.” — Larry King

There is no doubt that luck exists. How is it that I was born to amazing parents as a healthy white male in the richest country in the history of the world?

Seems like the luck of the draw to me.

There is always a bit of luck in every success story. Indeed, Charlie finding one of Mr. Wonka’s golden tickets involved no small amount of luck. The element of “you just never know” can give us hope in the most dire of circumstances.

Luck is a good thing when it touches our life, but be careful with it. Don’t fall into the trap of giving it too much credit…

“We must believe in luck. For how else can we explain the success of those we don’t like?” — Jean Cocteau

…or too much blame:

“Success is simply a matter of luck. Ask any failure.” — Earl Wilson

It’s as easy to credit the success of others with luck as it is to blame our failures on a lack of it. Danger, Will Robinson! This is a trap of Adultitis that does nothing but rob us of our own opportunity for success. It makes us victims, tricking us into believing that there is nothing we can do to change the outcome of our story for the better.

The truth is, one cannot succeed on luck alone. At least not for very long. There are scores of people sitting on the couch eating potato chips who were born with the same “advantages” that I enjoy. You don’t need to be American to be successful. Or white. Or male. Or be perfectly healthy. Or have had a wonderful childhood. History proves otherwise, and it’s filled with success stories of people who had none of them. Consider these three quotes on luck:

“I am a great believer in luck, and I find the harder I work, the more I have of it.” ― Stephen Leacock (Thomas Jefferson)

It may be impossible to experience success without at least a bit of luck. But never forget that luck appears to favor those who prepare and work and risk and show up again and again. So pretty please with a cherry on top…

“Be careful with luck. Don’t ever be too eager to depend on for your success or blame it for your failure.” — Jason Kotecki

[ About the Art: Just a fun little piece I did a while back. It was inspired by a doodle I found in my sketchbook in which two three-leaf clovers were observing a four-leaf clover and one of them remarked, “Lucky.” I had fun with the bright color scheme and experimenting with textures on this one. I also did a “Lucky Girl” companion piece in which the bow tie turned into a hair bow. ]