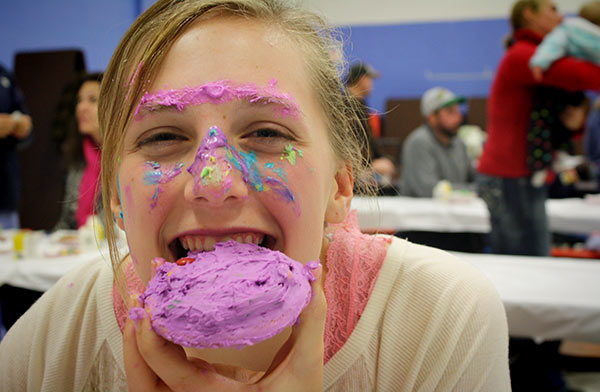 A few years ago, I spoke at a school in Wisconsin, giving presentations for the staff and the parents. I shared the Ugly Cookie story, just like I (almost) always do. Lots of people have heard that story over the years.

But Pete Hirt, the principal of the school, took it and ran with it.

Not long after my talk, a parent of one of the students was diagnosed with cancer. Pete and the community sprang into action to help raise money for the family. Pete suggested they do an “Ugly Cake Auction,” in which people would be invited to decorate cakes in the ugliest manner possible. About 1,000 people descended upon the gym to bid on dozens of deliciously ugly cakes.

Last night, I was invited back to be a part of an evening designed to Celebrate Family. I would again be speaking to the staff and parents, but also added to the agenda was a Barbarian Spaghetti dinner and an Ugly Cookie decorating contest. The goal was to give parents tips and ideas for stressing less and having more fun, while providing an opportunity for families to make memories together.

As you’ll see in the photos below…mission accomplished. 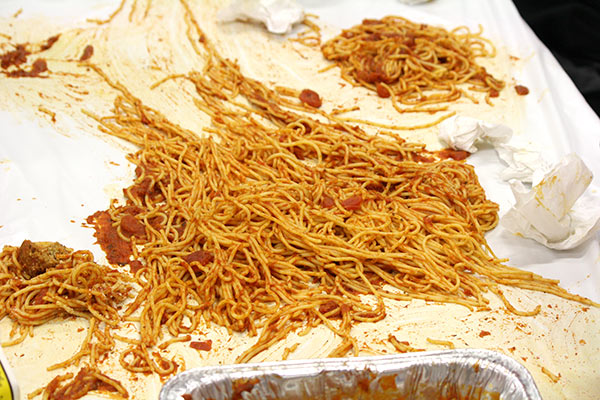 Tables in the cafeteria were covered with plastic, and aluminum trays of spaghetti and meatballs were placed at each table. Plates and silverware were provided for the more cautious eaters, but Pete exuberantly encouraged everyone to “go barbarian!” I’d say a little over half went for it, eating their spaghetti directly off the table. A number even went without cutlery.

It was a blast! 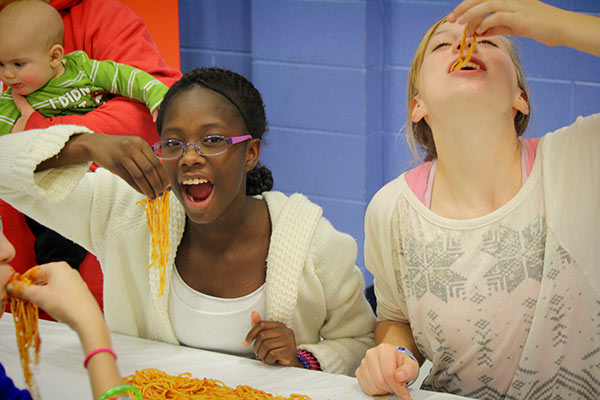 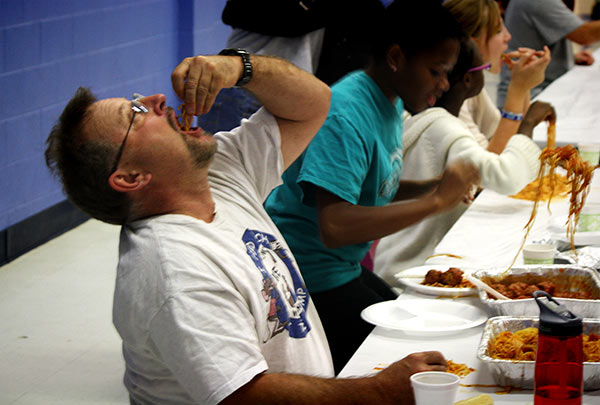 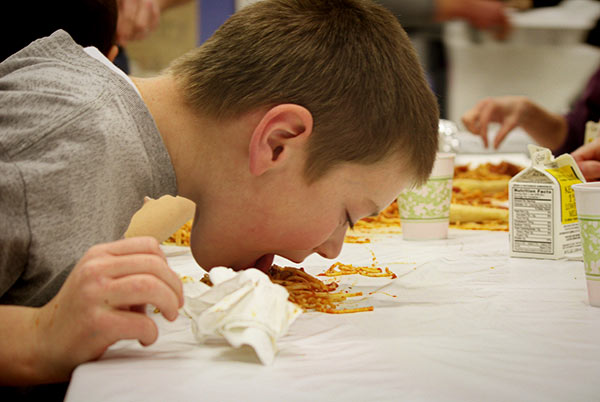 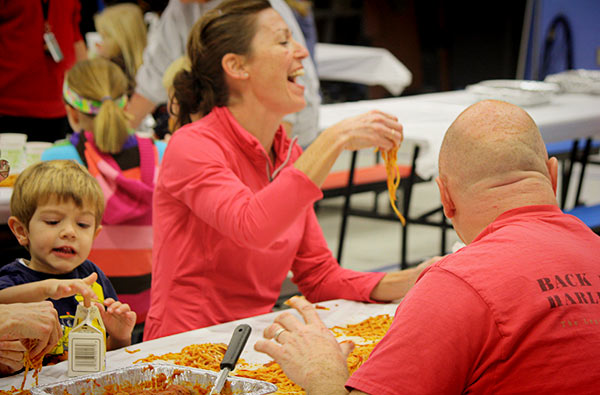 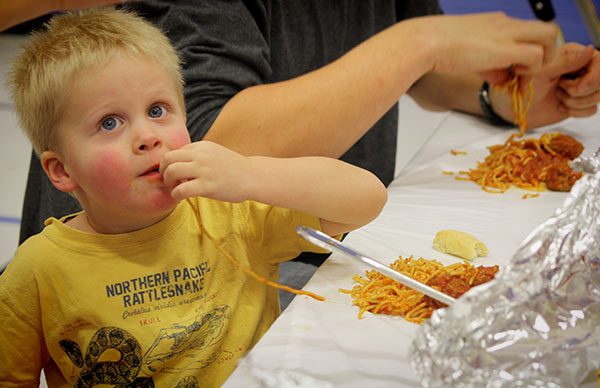 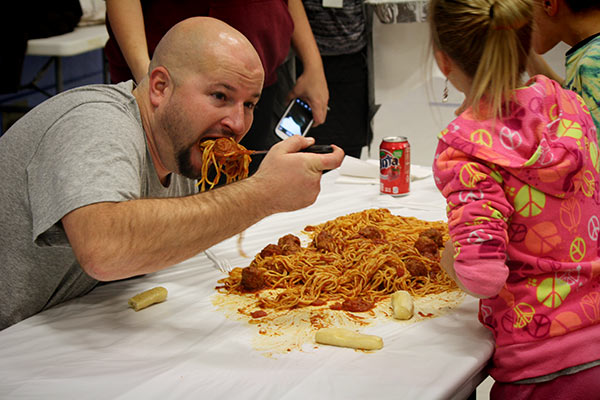 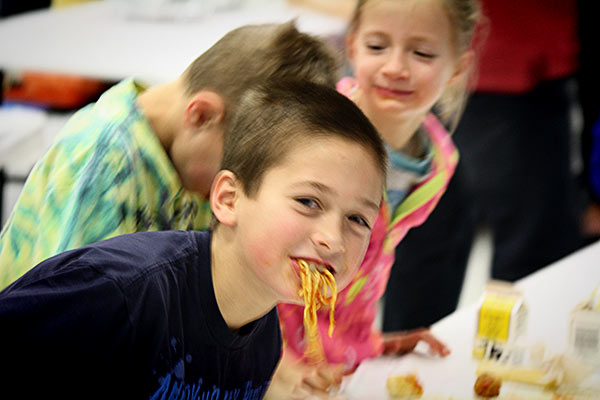 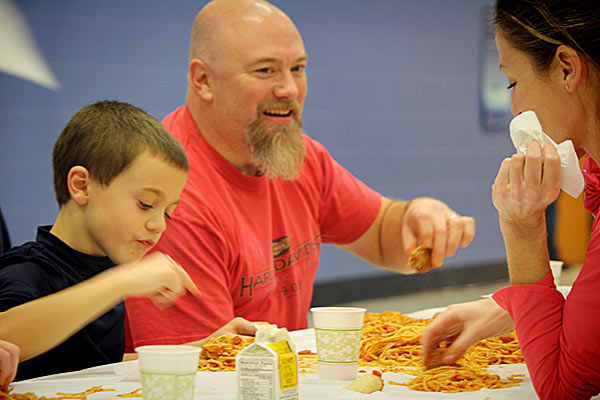 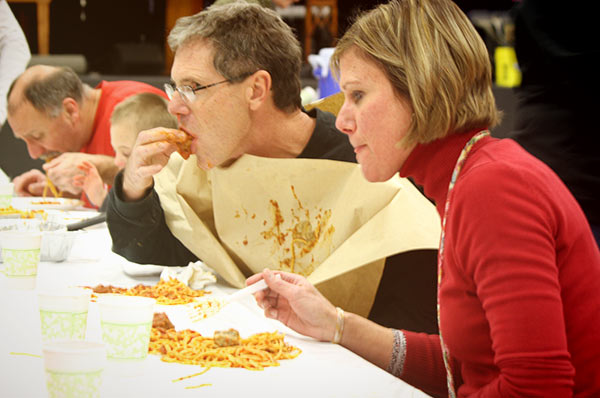 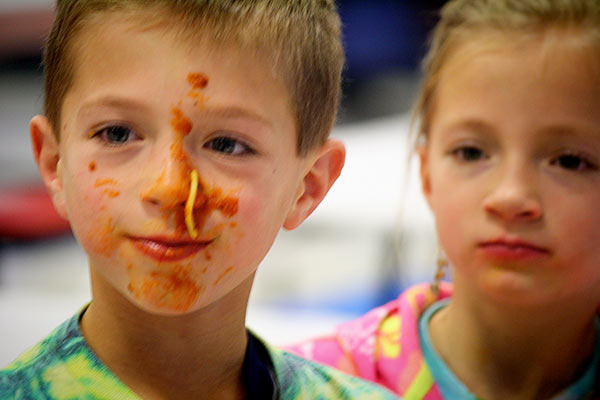 After dinner, I did an hour presentation in the library for the parents, while Pete and the kids cleaned up and had some fun in the gym. Then it was time for ugly cookie decorating. Plain homemade sugar cookies were provided, along with white frosting which served as a blank canvas for the smorgasbord of food coloring, sprinkles and candy that was on hand. 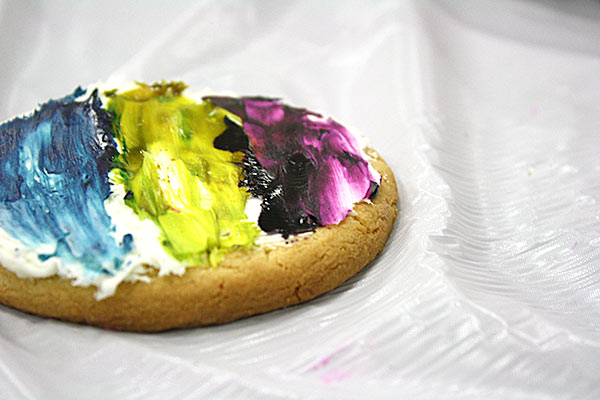 Believe me when I say that ugliness was unleashed that night, my friends. And Adultitis was NOT happy about any of it. 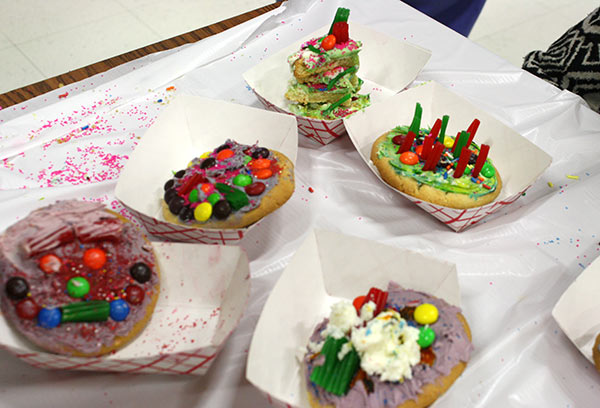 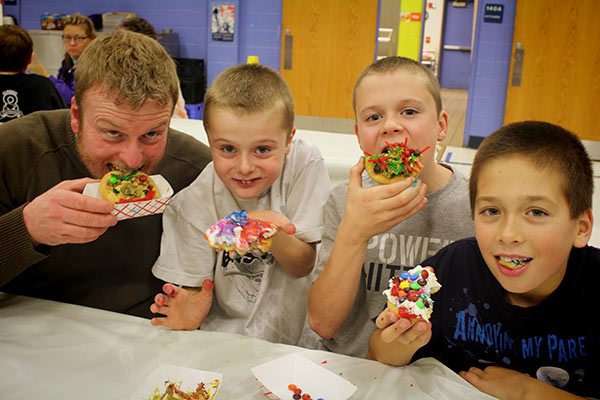 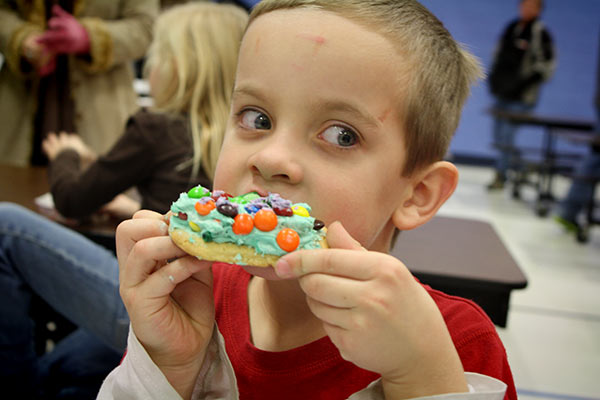 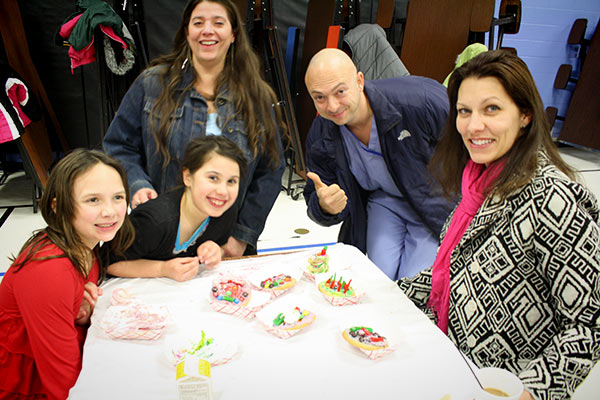 Pete Hirt is one of the best principals I’ve ever met. He’s a down-to-earth guy who has a great sense of humor, and although he takes his job seriously, he doesn’t take himself too seriously. He is one of the most caring people I’ve come across. He really wants to make the lives of the students and their families better. And he’s willing to try anything to do it. 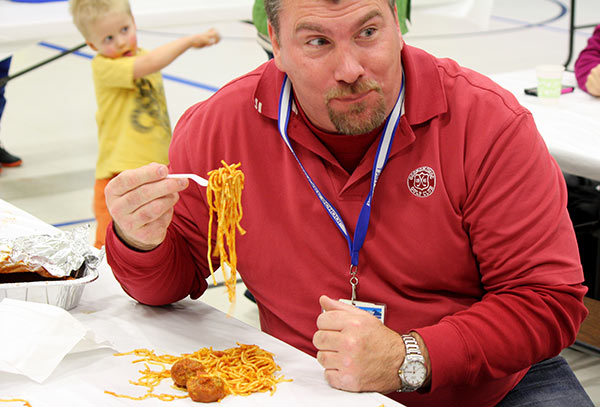 Pete (pictured above) is a Champion of Childhood because he’s willing to face Adultitis head-on. I’m sure there were more than a few people who thought he was out of his mind to bring an idea like this to the table. But the world is aching for silliness, and it desperately needs leaders who are brave enough to stand up and serve as permission granters.

Pete is one of those leaders. Can we count on you to be one, too?