One Year to Live 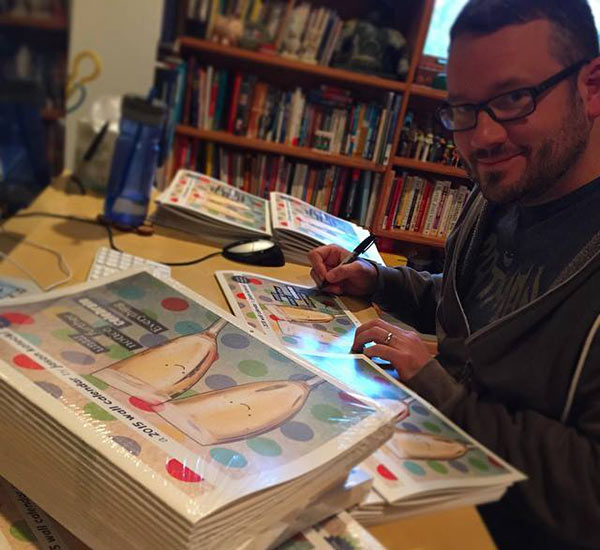 If you only had a year to live, how would you spend it?

It’s a paradoxal cliche that we hear an awful lot, but don’t spend nearly the same amount of time thoughtfully considering.

I stumbled across a story shared by Chris Guillebeau about an artist named Robert Genn who developed pancreatic cancer and was told he had about a year to live. Here’s what he decided to do:

They considered how to spend the time they had left together. There were thoughts of trips to Hawaii or the Galapagos, but Genn wanted to end his life as he had lived it: in his studio, making art, with his family close by. James fashioned a reclining chair so his father could continue to paint, lying down, as his illness took a physical toll. “He made it is his mission to go as long and as far as he could with a paintbrush in his hand, and he was painting small canvases right up until the last few weeks,” James said.

“There’s a thing in the culture that says, if you’re given a year to live, what would you do differently? My dad did the exact same thing in the last year of his life as he had been doing for the first 77 years,” Sara said.

I found that incredibly inspiring, and a shining example of a life well-lived.

It doesn’t seem that long ago when I received form letters rejecting Kim & Jason for syndication. And it feels like it was just yesterday when we were surviving on a grocery budget of $100 a month, or when we’d go to bed wondering if tomorrow would finally be the day our bank account would run dry.

There were many reasons we persisted though this desert time, but one I’d never formally put into words became evident when I read this article.

I want to design my life in such a way that if I found out I only had twelve months to live, I wouldn’t have to change a thing.

Of course, this sort of life doesn’t come about by magic. It requires the sacrifice to do whatever’s necessary and the persistence to never give up. It requires the bravery to break the rules that stand in your way.

But first, it requires the time and the mindfulness to truly consider what kind of story you want to live.