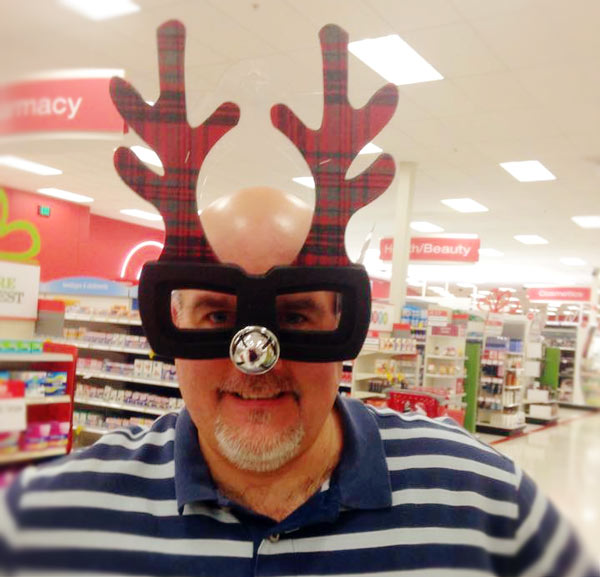 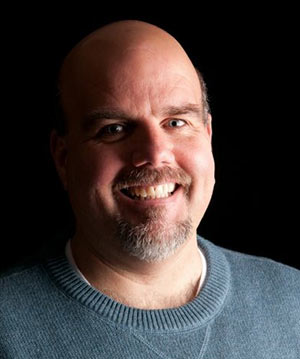 When we approached Ron England about receiving this award, he was humble. He said, “I must say that I don’t measure up to your past Adultitis Fighters of the month! Wow, I have much to learn from those folks!”

But here’s the thing: There is a lot we can learn from Ron – especially fathers. One of the most common traps Adultitis sets for dads is to keep them focused on the busy, urgent, noisy things in life, while the most important things pass right under their noses. Although Ron is a fun, all-around Adultitis-fighting dude, we are especially impressed with the way he “invests” in his daughters, as he puts it. One way he does that is by secretly writing letters to them on their birthday. He recently presented them to his oldest daughter on her 18th birthday.

Here’s Ron to explain the tradition:

The notes consist of memories of the past year, encouragement for them as adults, and just an opportunity to understand that their Dad thinks of them very often even when they don’t think he is paying attention! I am continuing to write these letters for my youngest daughter. 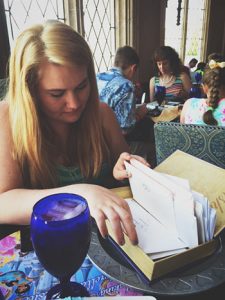 The BIG REVEAL is on their 18th birthday. It was so fun to plan…it was originally going to be the ultimate Daddy/Daughter date to Disney World. My wife pulled the trump card and said it would be a family trip, but that I could have a magnificent lunch at the castle with just me and Brooke. Disney does it right; they brought the letters to my daughter on a silver platter along with our desert! What an amazing memory for me as her father.

What is awesome is that my oldest is doing everything she can to not ruin the surprise for her younger sister. She was so moved that she did not post the experience on social media other than Facebook (her sister is not on Facebook, and doesn’t want an account).

Here is Brooke’s reaction: “My first reaction was tears, then I was speechless because I never knew my dad was thinking of me and expressing his love to me that often and so consistently without me even knowing it. Even though it was a simple gesture it showed me God’s unconditional love for me. I know that I will have the letters for a lifetime, but I’m still not sure how I will display them. It will be a constant reminder to me, and I want to create something so that I can tell the story of what my dad did.”

So how awesome is that? We can’t think of a more effective way to disrupt the advances of Adultitis.

In recognition of their efforts, Adultitis Fighters of the Month receive a special mini-canvas hand-painted by Jason, along with a certificate of honor, a sweet patch, and other Adultitis-Fighting tools. We asked Ron some questions about how he fights the Big A and what advice he has for others…

We as a family LOVE to have fun! We do vacations and road trips well! We were traveling on the turnpike once and we played “DARE!” The play consisted of making a silly face at that car, getting that semi to blow the air horn, and then the DARE OF ALL DARES…we were coming up on a toll booth and the girls dared me to say, “Keep the change you filthy animal” to the attendant. We still laugh about this!

We also go and hang out in the mountains of Tennessee.

And sometimes it’s simply sitting down and counting our blessings. Understanding that if you have a roof over your head and a car in your driveway (that runs or NOT), that you are in the top 2% of the wealthiest people in the world!

(Also, did you know If you’re not careful you can create some pretty amazing typos with the word ADULTITIS!)

Probably the person that inspires me most is a gentleman by the name of Nick Vujicic.

As I child I loved to swim; I would swim in all weather and as often as possible. As an adult, I love to swim and will swim anytime my daughters want to. I am the person most likely to be found in our pool!

My advice for someone feeling overwhelmed by Adultitis is to first take a deep breath…then look for perspective. What is the very worst that could happen? The worst is likely not going to happen, but focus and realize the worst may not be as bad as we make it out to be. Then focus on the positive stuff.

Congrats to Ron England, August 2016 Adultitis Fighter of the Month. Thank you for making the world more awesome!