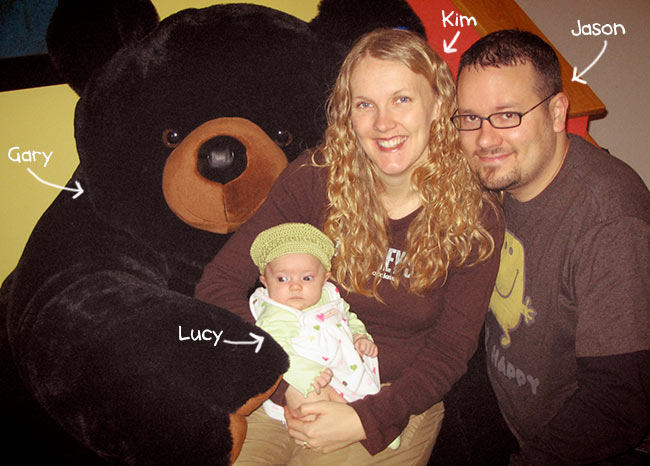 I was recently reviewing old journal entries. I’d written one on the anticipated due date of our first child (she didn’t actually arrive until two looooong weeks later), and there was a six-month gap before the next entry.

It was amazing to see how much had changed. Not only did we have a new addition to the family, but we were in a new home (did NOT see that one coming six months earlier) and our business model had transformed dramatically. So many of the things that I’d been working on were gone or suddenly irrelevant. It made me a bit sad at first, as I wondered what the point was in all that effort. It seemed like a great big waste of time and money.

Then I realized something. That year before Lucy was born, we actually achieved many of the things we’d been working toward for almost eight years: We had a sweet dedicated office space. We had an online store that featured awesome products from vendors from all over the world. We had an ongoing subscription program that generated money while we slept. We had a small team working together to fight Adultitis in the world. And we had a giant 6-foot teddy bear named Gary. #livingthedream

But once we had these things, we realized we didn’t really want them after all. (With the exception of Gary, of course; we still have him.)

Kim and I discovered how much we hated managing people and inventory and keeping office hours and all the work that came from mainting a subscription program. We realized that freedom was our highest value and the way we were building our business took more and more of it away.

Any sadness I had wondering what the point was in expending all that time, effort, and money into so many things we’d eventually abandon evaporated. Six months after Lucy was born, our business was a lot less complicated, and ironically, a lot more successful.

It helps to be stubborn enough to accomplish big goals, but not too stubborn to move on to something better when the opportunity arises.

Because sometimes you don’t know what you like until you try it.

Sometimes you don’t know the downside of a thing until you’re in the middle of it.