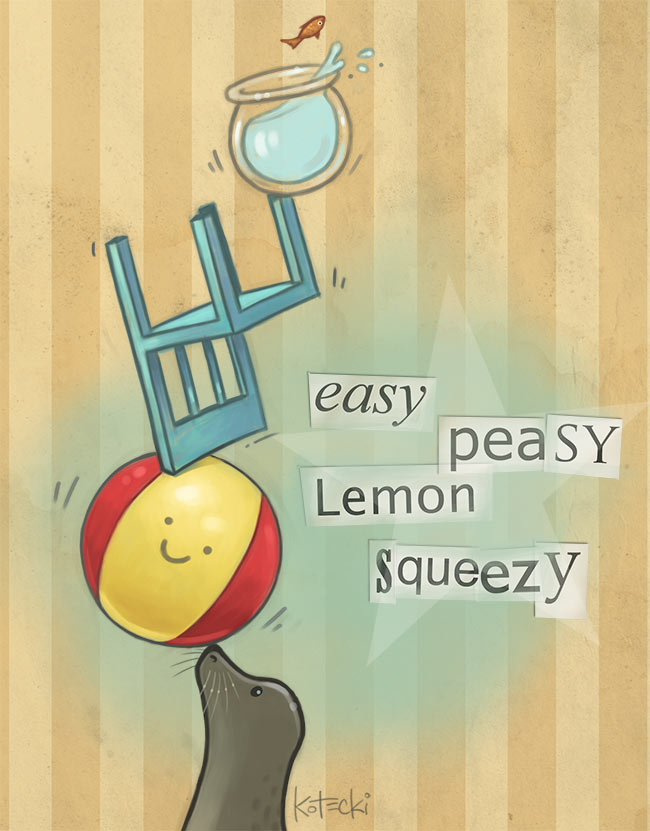 I experienced work-life balance once. It lasted about 37 seconds, just like that one time I achieved inbox zero.

Actually, I think I blacked out when it happened, so I can’t confirm whether or not this so-called life balance thing actually exists. There is, however, such a thing as feeling overwhelmed from trying to do too much.

Maybe all the extra activity we’re attempting to cram in is coming from our boss, our own unrealistic expectations, or the fact that we’re in a new season of life but are still trying to keep doing everything from the last one.

Whatever the case may be, here are three tips to help you make your life feel more balance-y:

1) Realize that you can’t do everything. Some people think “life balance” is jamming EVERYTHING you want to do into your life while leaving just enough room to receive an Academy Award for being superhuman. Not gonna happen. The people you see who appear to have it all together don’t. Something is falling by the wayside, whether or not you can see it from the outside. The trick is to accept this truth so you can mindfully choose which things are worth prioritizing and which things aren’t. Productivity serves a purpose, but no matter what level of ninja skills you have, you can’t do it all.

“Nothing is less productive than to make more efficient what should not be done at all.” –Peter Drucker

2) Know what game you’re playing. In other words, figure out what success means to you. If you want to win the Super Bowl, getting three-point shooting tips from basketball star Steph Curry isn’t going to help. The trophies of “success” come in all different forms (i.e money, notoriety, freedom, power, awards, raising great kids, collecting a portfolio of unforgettable memories, etc.) Again, you can’t win them all. You have to choose. If you know what trophy you are after, it will save you a lot of time, money, and stress if you only adopt tactics that will get you closer to that.

Kim and I could probably impact the lives of way more people than we currently do. We’d just need to spend more time and money, and possibly invest in a bigger team, which would require even more time and money. Helping people annihilate Adultitis in order to live happier, more abundant lives is a good thing. But a while back, we decided that even if we made an impact in the lives of one billion people, but our kids turned out to be dillholes, we will have failed. And so, in these short years where are kids are living under our roof, we are investing a lot of time that could be spent on the business into them instead. Not a quick ticket to fame, fortune and Facebook followers, to be sure, but that’s not the trophy we’re after.

3) Say no to everything that doesn’t help you win that game. It can be tempting for us to see someone who is successful in one game and think we should borrow the tactics they used to get to the top. But not if you’re both playing different games. Just because something might be very good doesn’t mean you have to say yes to it. Basketball camps are great ways to improve your hoop skills. But they’re not very useful if you are playing hockey. If you want to spend more time with your family, then it doesn’t make sense to take a job that requires even more time spent on the road, no matter how impressive the new title or big the salary is. Say no to good things so you can say yes to the best things.

Life is a never-ending fight against all the distractions that will pull you away from the “game” you’re playing. Winning requires an incredible amount of mindfulness, the willingness to say no to things that lead you off track, and the ability to break rules that don’t exist.

Saying no is hard.

Giving up good things is hard.

Disappointing people we love is hard.

But getting to the end of your life only to realize you played someone else’s game?