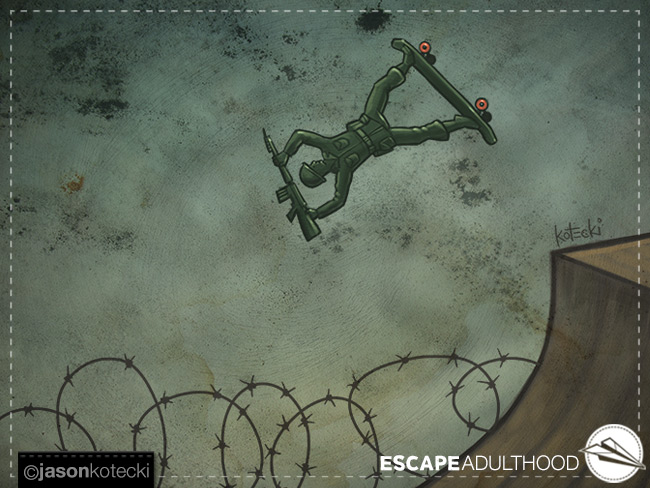 I was thinking about the American Revolutionary War the other day (because I like keeping up on current events), and a few things struck me.

They have the most powerful navy in the whole world…must be nice.

They have way more professionally trained soldiers than we do…must be nice.

They have a ton of money to buy food, supplies, and mercenaries for hire…must be nice.

They have sweet red road uniforms…must be nice.

It’s easy to lament the advantages other people enjoy and languish in envy and disappointment. This only serves to assure defeat. The truth is, everyone has a must be nice (probably several), and we are better served spending our time figuring out what they are and using them to our full advantage.

That’s exactly what those American revolutionaries did.

They had home field advantage and benefited from their intimate knowledge of the nooks and crannies of the terrain. Many of the “untrained” soldiers were pretty good marksmen, thanks to all their practice hunting small prey. And the biggest “must be nice” of all may have been that they were fighting for freedom and a better life for their families, while the British were merely doing their job.

In fact, this desire and passion helped give the Americans the will to identify rules that didn’t exist, and the courage to break them.

For instance, the British employed traditonal firing line methods which they were hesitant to abandon (hey, it worked for 100 years!). The problem was it made them easy picking for snipers with long rifles who were hidden behind trees. And although the British held fast to the rule “thou shalt not shoot officers,” the Americans determined this was one big fat #notarule and created confusion and weakness when they singled them out as the primary target.

I’d wager those fancy red coats made them easier to spot.

Here are two lessons that might be useful to consider in your life, family or organization.

First, just because something worked for a century doesn’t guarantee its success this year. The rules of yesterday can lead to ruin today.

Secondly, don’t waste any time whining about someone else’s must be nice that you wish you had.

Figure out yours and get to work.