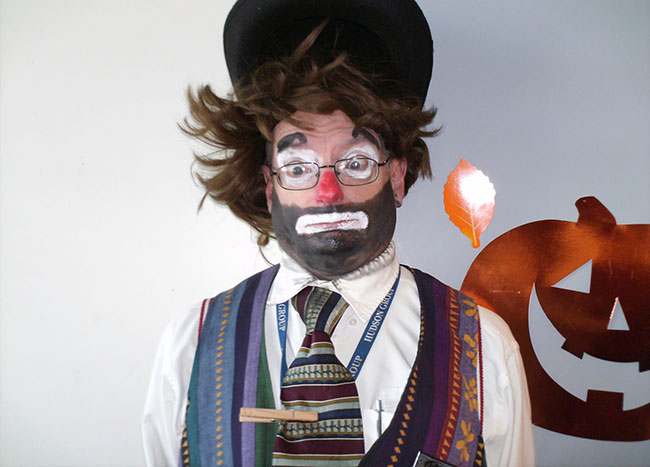 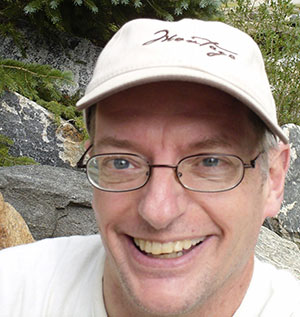 Joseph Basehart is a real clown. Seriously. They get a bad rap sometimes, but the clowns I’ve met who take their craft seriously are some of the best Adultitis Fighters around. Even sad clowns have a way of connecting with people and lifting their spirits.

My first experience with Joseph was seeing a display he put together at a bookstore in the Denver airport. It featured my book, Penguin’s Can’t Fly, and it was pretty clear that he was all-in on the Adultitis-fighting bandwagon. Since then, we’ve exchanged emails back and forth and I’ve been able to experience his joy-filled spirit and unique perspective on life firsthand. He always has an encouraging word to share or a simple insight that makes me laugh and think.

A while back, Joe shared with me that he started out in life very shy and was bullied, too. He described himself as a loner, but said that now he can sympathize with kids who are taunted and made to feel less than.

He also told me this story:

I have a skunk puppet whom I christened ‘Marshmellow.’ We took him one Mother’s day to a shelter for abused women and children. The moms were pampered for the day with massages, pedicures, makeovers, and glamour shots, along with breakfast and lunch. Meanwhile we entertained the kid. I “walked” my skunk puppet around in an invisible dog leash. One girl asked if she could walk my cat. I said, “Of course!” One of the class monitors said in a stage whisper, “It’s not a cat, it’s a skunk!” I politely ignored her and said, “It’s a pole cat.” I thought it would be good to add that he’s also written two books. One is called, “How to Spray and Influence People” and the other, “The Power of Positive Stinking.”

It might seem like an obvious choice to name a clown as an Adultitis Fighter of the Month. But the lesson here is not that we should all paint our faces, sport red noses, and wear shoes that are ten sizes too big. It’s that every one of us can choose to have a positive attitude, laugh at Adultitis’ advances, and look for simple ways to lift the spirits of others.

In recognition of their efforts, Adultitis Fighters of the Month receive a special mini-canvas hand-painted by Jason, along with a certificate of honor, a sweet patch, and other Adultitis-Fighting tools. We asked Joseph some questions about how he fights the Big A and what advice he has for others… 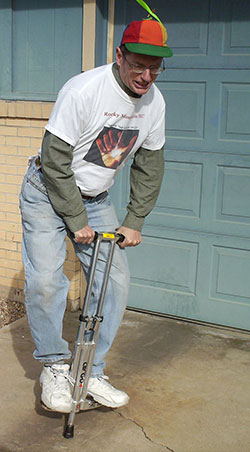 Clowning would be number 1. Going for walks around the golf course I live next to. Visiting with friends. Going out to eat and writing jokes from time to time. Quiet time and prayer is very helpful, too.

Reading your books and trying to apply lessons from your great attitudes! Kids are great teachers. Other clowns over the years that I’ve worked with and watched perform. Floyd Schaffer, a great Christian clown and teacher. Watching old time clean comedians….Red Skelton, Steve Allen, and reading Erma Bombeck and Norman Cousins’ book Anatomy of an Illness. Even Pope Francis, who said we shouldn’t look like we’ve just come from a funeral when proclaiming the Gospel with joy. (That’s a rough paraphrase.) Once I did come in my full white face clown outfit for a friend’s mother’s funeral. It was O.K.’d by the family and the presiding priest. It was the first time I put ‘fun’ in funeral. I’m guessing that when the pope referred to us not looking like we came from a funeral, he wasn’t thinking of clowns.

Making people laugh. I recall my first joke I ever told, which was a verbal mistake. We were in Canada with our family and cousins on vacation. I said the punch tasted polluted. The word I was looking for was “diluted.” It brought the house down.

Humor. It works every time. Recently I had a customer ranting on his cell phone for quite some time. It was February 13th. He was livid. Afterwards he apologized that I had to put up with his tirade. I have no idea who he was talking to, but his only comment was, “WOMEN.” I said, “I see you’re getting ready for Valentine’s Day.” He got the point and laughed.

Don’t take yourself too seriously and don’t feel sorry for yourself. It’s deadly as poison and no one shows up to your pity party anyways. (Not an original thought.) 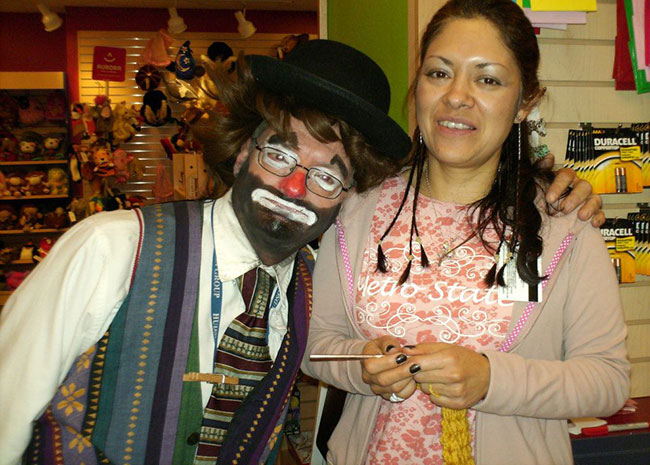 Oscar Wilde said, “Life is too important to be taken seriously.” I say, “Life is too important not to be taken seriously, but not myself.” Since my younger brother, John, was murdered, I intend to live life to the fullest with as much grace and care for myself and others as possible. With a smile, tears, and as much humor as possible. God’s in charge and I’m so glad I’m not.

We’ll leave you with a joke Joe likes to tell:

“Do you know why cannibals won’t eat clowns? Because they taste funny.”

Congrats to Joseph Basehart, March 2018 Adultitis Fighter of the Month. Thank you for making the world more awesome! 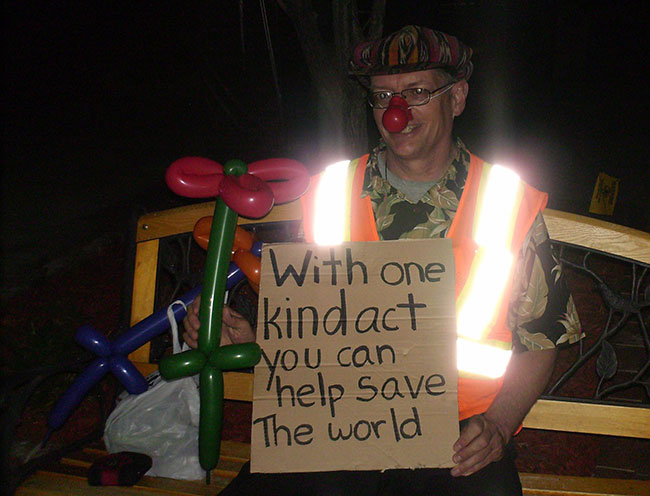