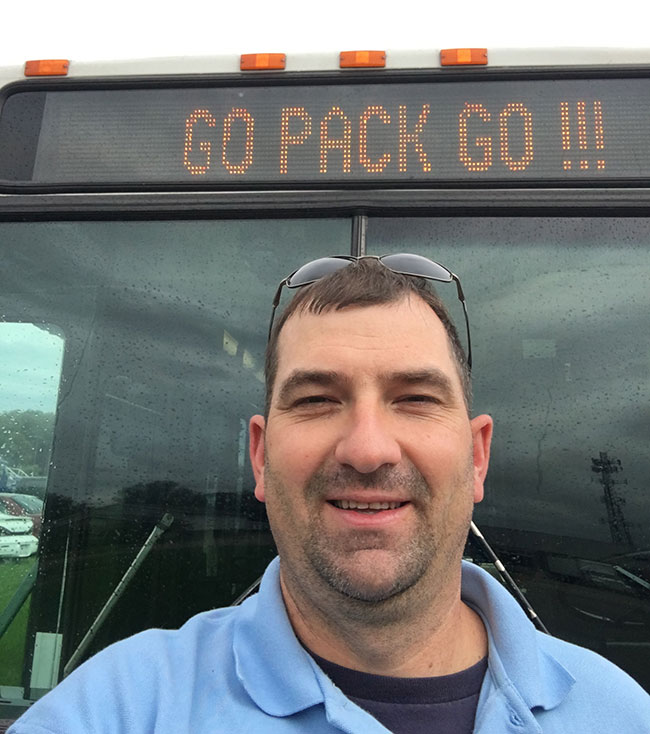 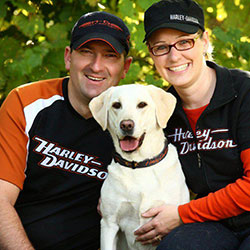 Todd Strasser is a bus driver for the city of La Crosse, Wisconsin. After attending the 2018 Escape Adulthood Summit with his wife Jennifer, he shared this story that tells a lot about his Adultitis fighting ways. He likes to stop at lemonade stands and support the kids that are trying to earn a little extra money. One weekend Todd was driving his bus. On that particular Sunday, he stopped at a root beer float stand. Todd shared that the kid running the stand was wide-eyed when the big long bus pulled up and was in even more shock when Todd asked his passengers if anyone would want a float because he’s buying. The poor kid couldn’t scoop ice cream fast enough!

What a thrill it was for him to look in the rearview mirror to see all of his passengers scooping ice cream from their red solo cups. (#busfullofsmiles) This simple story is outstanding and gives all of us an example of how one little act of spontaneous fun can brighten the lives of so many.

In recognition of their efforts, Adultitis Fighters of the Month receive a special mini-canvas hand-painted by Jason, along with a certificate of honor, a sweet patch, and other Adultitis-Fighting tools. We asked Todd some questions about how he fights the Big A and what advice he has for others…

Take work serious but don’t be serious at work.

Not to care what people think. If you want to act like a kid, do so.

Make sure you take your vitamins, have your booster shot and try not to be in contact with those that are infected.

Find a way to laugh…even if you have to laugh at yourself.

Yes. I would like to thank my Adultitis Brothers and Sisters who are fighting this dreaded disease. And let you know that I pray that one day there will be a cure for Adultitis. Be brave and strong and know that I’m fighting with you.

Congrats to Todd Strasser, September 2018 Adultitis Fighter of the Month. Thank you for making the world more awesome!