Well, it’s official. A few days ago, Kim met with her boss to tell her she wouldn’t be returning to teach next year. Gulp.

That’s right. After five years of busting our butts working at Kim & Jason, we’re making the jump we’ve been we’ve been dreaming about – working full time at, and being completely supported by, these cartoon characters known as Kim and Jason. And Stinky.

We’ve really wrestled with this decision for several months. It has been exciting to see how things have developed, and the difference we’re making in people’s lives. Kim & Jason has steadily grown in readership and revenue. My speaking gigs have increased. And my book is slated for release in the very near future. A lot of things are going in the right direction, and it seems like if we don’t make this jump now, we’ll only stunt our growth. 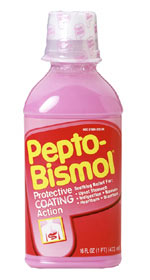 That’s not to say it’s easy. It surely isn’t how I imagined. I figured I’d already be making a very comfortable salary by the time Kim “retired”, making the decision elementary, so to speak. Walking away from a guaranteed salary and decent benefits in order to chase potential makes me a little uneasy. Pepto-Bismol uneasy. But at the same time, somehow, I am very confident in this decision.

We’ve spent a lot of time in prayer and in discussion with close friends and family. Everyone has been so supportive. Eerily supportive, in fact. Another fact is that, sometimes, in order to succeed, you have to completely burn the bridges behind you. Otherwise, when the going gets tough, you’re likely to panic and take the easy out you’ve left for yourself. When Kim closes her classroom door and the paychecks stop coming, it’s sink or swim. That’s some pretty good motivation.

I’m not sure what it means that only days after the decision was announced, our car needed $500 worth of work done. I’m pretty sure it’s like one of those radio alerts – only a test. When you step out in faith and demand big things from life, life will reward your boldness, but before it can do that, it has to see how serious you are. So, we’ll see. Just like St. Peter, who walked on the water, we’ll either sink or swim. I know that as long as we keep our eyes on the Lord, we’ll be just fine.

But if any of you feel called by a higher power to send us a token of encouragement, like, say, a check, we won’t turn it down. We could use it to buy more Pepto-Bismol.