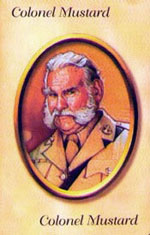 In my book I mention the idea that the things we dreamed about being when we were kids are clues. Clues to what, you may ask? Clues to what you’re supposed to be doing with your life. I was fascinated with all things Star Wars as a young tyke. I dreamed of being just like George Lucas. While I don’t live in California and am not secretly involved in writing Episodes 7, 8, and 9, I do spend a good portion of my time developing characters, telling stories, and entertaining people. (And fortunately, my special effects budget is several million dollars lower than that of Mr. Lucas.)

My friend Chris pointed me to an article by Parker J. Palmer, who also talks about these clues from childhood. As a young boy, Mr. Palmer was very fascinated with airplanes. He spent hours and hours writing and illustrating little books about aviation. He describes the epiphany of discovering the meaning behind his early passions:

I had always thought that the meaning of this paperwork was obvious: fascinated with flight, I wanted to be a pilot, or at least an aeronautical engineer. But recently, when I found a couple of these literary artifacts in an old cardboard box, I suddenly saw the truth, and it was more obvious than I had imagined. I didn’t want to be a pilot or an aeronautical engineer or anything else related to aviation. I wanted to be an author, to make books — a task I have been attempting from the third grade to this very moment.

From the beginning, our lives lay down clues to selfhood and vocation, though the clues may be hard to decode. But trying to interpret them is profoundly worthwhile — especially when we are in our twenties or thirties or forties, feeling profoundly lost, having wandered, or been dragged, far away from our birthright gifts.

Those clues are helpful in counteracting the conventional concept of vocation, which insists that our lives must be driven by “oughts.” As noble as that may sound, we do not find our callings by conforming ourselves to some abstract moral code. We find our callings by claiming authentic selfhood, by being who we are, by dwelling in the world as Zusya rather than straining to be Moses. The deepest vocational question is not “What ought I to do with my life?” It is the more elemental and demanding “Who am I? What is my nature?”

If you are feeling a bit lost in life, wondering if you’re on the right path, you may want to look back on your childhood. What were the things that made you jump out of bed in the morning? The things that so enthralled you that the only thing that could pull you from your concentrated passion were several (increasingly impatient) announcements from Mom that lunch was ready. Take some time to investigate the clues. It’ll be worth your while.