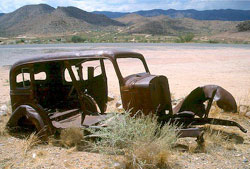 In my book and in my presentations, I speak at length about the eight “secrets” that children naturally possess. One of the reasons that adulthood can often be so stress-filled and life not nearly as fun as it was when we were kids is because we have forgotten these “secrets” we once knew so well. I was re-reading Thinking For A Change by John Maxwell (one of my favorite books) and was ran across an interesting excerpt he included from Skipp Ross:

This study focuses on creativity, but I think it could be applied to all of the eight secrets. I would wager that only 2 percent of adults are highly curious, or highly playful, or big dreamers. Of course, 90 percent of us were well skilled in each of these areas — experts even. It is amazing to me how one can go from being an expert in a field to becoming a complete dolt in a matter of a few years. It’s like a brain surgeon suddenly being unable to tell the difference between a head and a foot. But these are the effects Adultitis can have on us.

The good news is that these secrets are still within us. Like a bird’s instinct to fly south for the winter, they’re hard-wired into us. Awareness of the problem is key. Then we can begin to knock of the rust that has formed over the years.

Is it easy? Not always. But possible? Yes. A way to make life more fun and fulfilling? Most definitely.