The Urge to Discipline 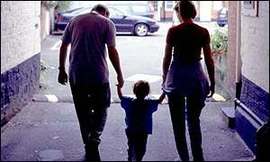 You’ve been there. You’re in a public place, minding your own business, when you have the sudden urge to parent someone else’s youngster. Now, this urge doesn’t just come out of nowhere. It is always preceded by a heavy dose of non-parenting behavior on the part of that same youngster’s parent, or in some cases parents. This happened all too often in my kindergarten class, when it came to younger siblings who were coming along to ‘help’ pick up their big brother or sister from school.

This also happened to me a couple of weeks ago when Jason and I were shopping for Father’s Day gifts. It was late in the evening, about ten minutes before the store was about to close. As I was trying to make my final decisions, I soon became distracted by two little girls who were literally running around the store. I was expecting to hear a parent put a stop to this. That didn’t happen. In fact, the two girls started giggling louder and louder, which makes sense because they were playing tag. They were probably only three and five-years-old. You can argue that they should’ve known better, especially the five-year-old, but I wasn’t frustrated with them at all. I was frustrated by the parents, both mom and dad, who were shopping. It was as if they didn’t even know who these little girls were. The running and laughing went on for about three to five minutes (seemed like more), when finally the dad came over and told them they were ready to go. He didn’t even notice that they were running. They walked towards the front of the store, where the mom was checking out. I was ready to check out also so I stood behind this family. The parents started talking about something in line, completely ignoring their two little girls, while the girls started hitting each other. It got to a point where I had to literally look away, or I would’ve started disciplining them myself. Maybe I should have.

I read an awesome article in The Onion this weekend. It was called, “Is Anyone On This Bus Interested In Disciplining My Son?” by Maria Sturges. It is a classic example of how things are often funny because of the strong element of truth running through them. It’s written from the voice of the mother, talking about her undisciplined son. This excerpt gives you a taste, but I recommend you read the entire article here. It’s hilarious!

It’s up to one of you to establish a set of boundaries for him.

Over the years, I’ve grown used to his incessant squirming and shouting, so if everyone else would like a calm, quiet ride the rest of the way, then I suggest one of you get up and do something about it.

I should also add that this offer is not restricted solely to other parents. If you have never interacted with a child in your adult life and are not sure whether you possess the instincts or ability to relate to a child, I assure you, you are still vastly more qualified than I am to dole out some tough love.

Yes, tough love it is. Kids sure love boundaries. They also love attention, so if no one is going to give them positive attention, they will soon learn to get the negative attention. No, I am not yet a parent, but I do know that discipline and boundaries are two of the best gifts a child can ever receive.