I Love Tag (5 Things You Might Not Know About Me)

Since we didn’t have any playground equipment on our school grounds growing up we played a lot of tag (and four square…I love that game!). Looks like I get to relive my tag-playing days. My friend Phil Gerbyshak just tagged me in his fun and enlightening blog.

So, here’s how this works…I share five things that you might not know about me. Then I get to run and tag five other bloggin’ buddies. Thanks Phil! What a fun way to Escape Adulthood today!

1. I met my husband Jason Christmas caroling Dec. 13, 1994. I was 16, he was 18. We were two of the twenty-some friends who got together to carol around town in the snow. It’s funny to think about the fact that the first time I met Jason I was wearing a Santa hat, red tights, rudolph boxers, an oversized sweatshirt and black combat boots (Hey- they were “in” then!). How did I not scare him away?

2. I am the nickname girl. I LOVE to call people by nicknames. I also love it when people call me by a nickname. Some of the nicknames I have are: Kimmy, Kimmers, Kee, Joobie, Jooblet, Bimmy, Snibbs, Big Bird (I don’t care for this one!), Sweet Chunk (Not too fond of this one either.).

3. I actually like smoking cigars. I’ve only smoked a few…all of them with my Dad. (I was his last attempt for a son. He got four daughters.)

5. I am growing my hair to model after a male Christian rock star, Phil Joel. I’ve always loved his music AND his hair. I’ve still got a few inches to go, but I’m getting there. 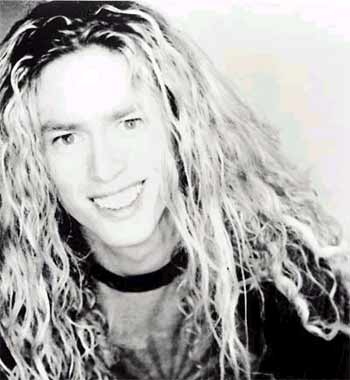 That was fun! Thanks again, Phil! Ok, now for my five people…Chris , Kim , Eliz, Angel and Bernie. You’re it!