The Best Christmas Present Is… 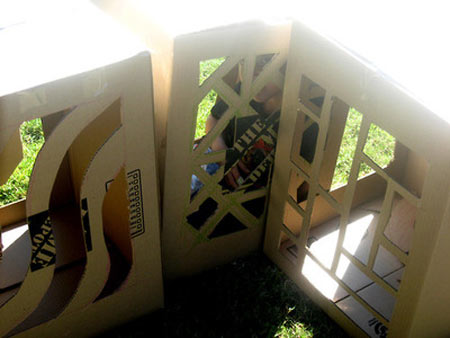 A while back, I ran across this dad who draws on paper bags for his kids during his lunch break. Pretty neat stuff.

But he’s also used his creativity (and a box cutter) to elevate the humble cardboard box into an even more awesome structure of play.

Which leads me to think about Christmas morning, and how after all of the presents are opened, and the living room looks like the Death Star’s trash compactor, the thing you’re most likely to see your kid playing with is a cardboard box.

But why? Why are kids so smitten with it that in 2006, it was inducted into the National Toy Hall of Fame?

Because it leaves a little to the imagination.

It seems like more and more of the toys aimed at little kids is cheap plastic crap made in Asia somewhere. Multi-colored. Battery-operated. With blinking lights and annoying sounds that make you want to remove your ears with a chainsaw. Unitaskers all, these toys pretty much dictate how they are to be played with. Push a few buttons, yank some levers, and the fun is done.

And my little Lucy, who just turned two, is very interested in that stuff.

For about three minutes.

The stuff that really captivates her are the the things that leave a little to the imagination.

Easier to come by than a Tickle-Me-Elmo or a Cabbage Patch Kid back in the day, the best part about a box is that it costs about… a box.

Keep this stuff in mind as you plan for what has the chance to be the best Christmas ever.

My point is not to suggest that Santa just wraps up a bunch of empty boxes for our kids, but that we remember that the best toys are the ones that lead our kids to the open door of possibility and let their imaginations take it from there. 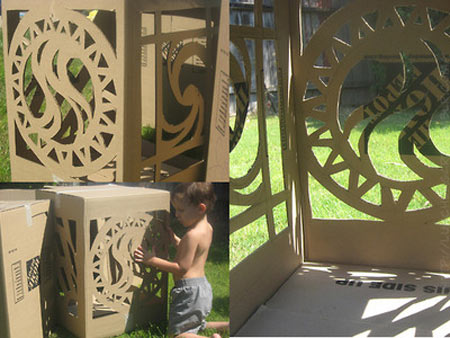 [ This article originally appeared at Dad-O-Matic, the awesomest blog for Dads on the interwebs. ]