For God So Loved His Children 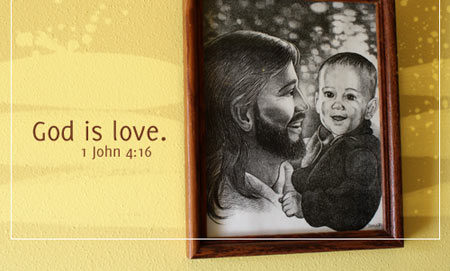 In her first two-plus years of life, my daughter Lucy has only been sick a few times. For that, Kim and I count our blessings, as there is nothing more miserable and sad and pathetic than a sick little kid.

In those times when she is suffering, I’d happily take on her sickness and carry it myself if given the chance. Even if it meant that whatever affliction would be ten times worse and last ten times longer. I’d do it. In a heartbeat. I know parents who have lost children to cancer and diabetes, and I know they’d agree with me.

They would’ve given anything for the chance to trade places.

That’s the part about parenthood that surprises me the most. How is it that after thirty years of living with my own best interests in mind, can I suddenly turn into someone who would happily jump in front of a speeding truck to protect this little being I’ve only known for such a short time?

Before I became a Dad, I read about how God teaches you things about himself through the vocation of parenthood. I always kind of looked forward to that.

And now I get it.

Now I understand why God did what he did.

His own children were sick with sin. Really sick. So inundated with it that there was no hope for survival. They were terminal.

Unless the perfect God of the Universe would be willing to take all of it on — all of the pain, the loneliness, the death — so we wouldn’t have to.

And so now I understand why he would give himself up on a wooden cross, eagerly willing to die in such a painful and humiliating way.

He was a Dad who loved his kids more than anything.