Lessons from Children’s Letters to Santa 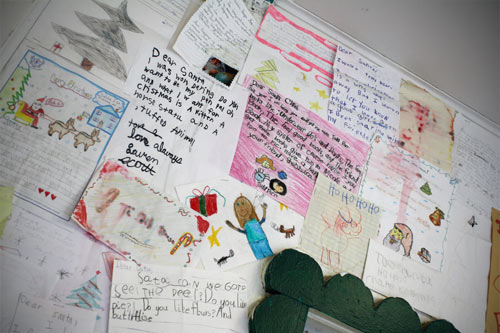 Earlier this year, while Kim and I were in Alaska, we had the unique opportunity to visit the North Pole. Technically, it was not the geographic version, but rather a small town near Fairbanks known as North Pole, Alaska. 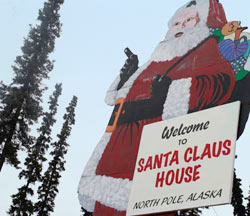 In North Pole, Alaska, the city street lights are decorated in a candy cane motif, and the biggest attraction in town is a gift shop named Santa Claus House which features the world’s largest fiberglass statue of the man in red.

Some of the walls inside the gift shop feature scores of children’s Christmas letters to Santa. I found them to be a most fascinating insight into the mind of a child. Kim and I consider kids to be sherpas, with wisdom that we grown-ups would find quite handy if only we slowed down enough to pay attention.

Indeed, there is much to be learned from these letters to Santa… 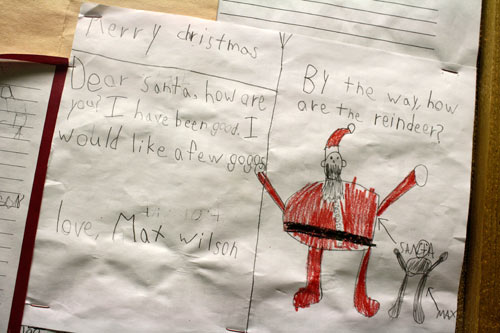 For instance, Max here is clearly a man of simple needs. He demonstrates the importance of being polite when asking for something, as he takes the time to first see how Santa is doing, and follows up with a sincere inquiry about the reindeer.

This one has a few more items on the list, but since everything here is designated as “pretend,” the odds of this little girl’s Christmas being a smashing success is VERY high. Her letter reminded me to ask Santa for a pretend Batmobile, a pretend Batcopter, and a pretend person to shovel my snow this year. Huzzah!

One helpful tip is to be specific. Ensure that Santa has no doubt about what you’re asking for by drawing it in great detail: 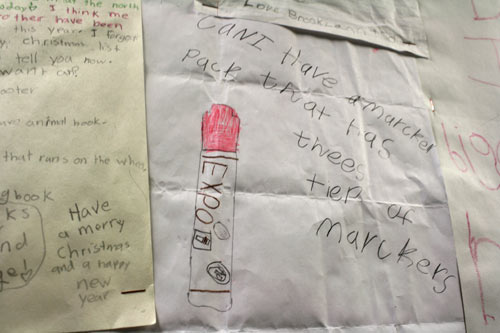 If your art skills aren’t very good, feel free to use photos: 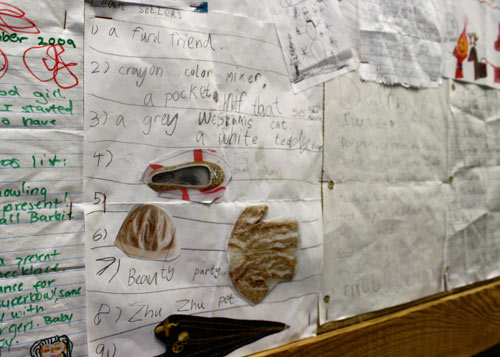 Alternatively, you could try an approach that’s a little bit more stealth: 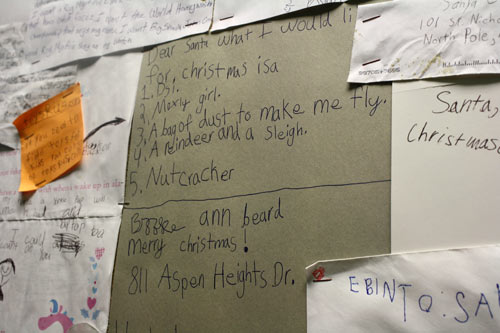 Here, Brooke begins and ends with some modest requests, but not before slipping in “a bag of dust to make me fly” and “a reindeer and a sleigh.” Presumably, Santa and his helpers are in such a hurry filling orders that they’ll throw these little “extras” in without much thought.

You gotta love how big she dreams, though. Sure, there’s a good chance she won’t get the dust or the reindeer, but not even asking makes it an absolutely certainty.

This next letter was clearly written by a girl on the go: 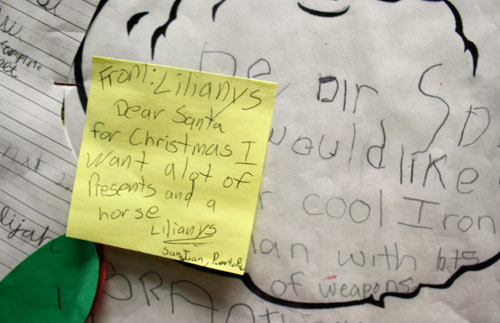 Clearly, Lilianys’ strategy is to go for mass: “Besides the horse, I don’t really care what you get me, just make sure there’s a lot of it.” This is a case in which Santa might want to consider Dollar General.

Santa’s been doing this gig for a long time. As such, he may not be up on all the newest technology. This little note offers up some advice Santa is sure to find helpful:

Hopefully Santa will take advantage of this chance to simplify his life. I hear that the reindeer have been trying to tell him about free shipping for a few years now.

Santa is, of course, very famous. He has a last name, but like Oprah, Elvis, Beyonce, Ronaldo and Fabio, you can just say his first name and everybody knows who you’re talking about. Similarly, when it comes to addressing a letter to him, just put down the basics: 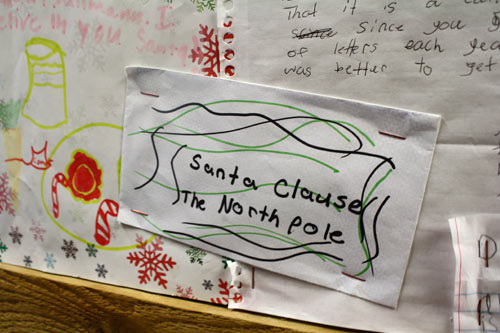 Trust me, the Post Office will figure it out. Even the stamp is optional.

Finally, for those of you who wonder how Santa could possibly get to every house in the world on one night and fear that he might be getting too old for such a herculean task, feel free to lighten his load with this little suggestion: 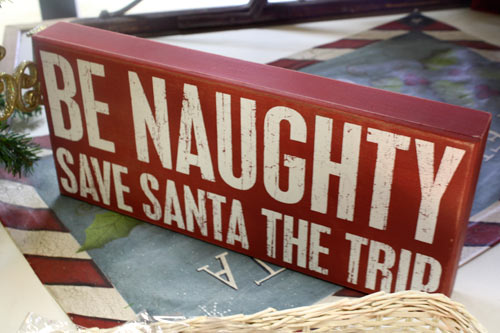 As for me, I’ll be on my best behavior. I don’t want to risk missing out on that pretend Batmobile.