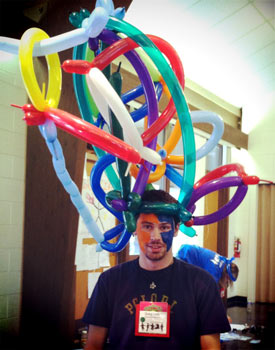 • My hometown is… Winston-Salem, North Carolina.

• My biggest dream…is to go on a TOMS shoe drop, want.

• When I was a kid, I… really wanted to fly and I’m still trying.

• My favorite childhood toy was… my Cabbage Patch Kid named Bruno, and my TalkBoy.

• One way I stay childlike is… playing with Nerf Guns, at work.

• What I know so far… is that people who think they know it all don’t really know much at all.

• My favorite things about “Kim & Jason” is… the way they make me smile when I get their emails.