We’re Waiting for Your Revolution 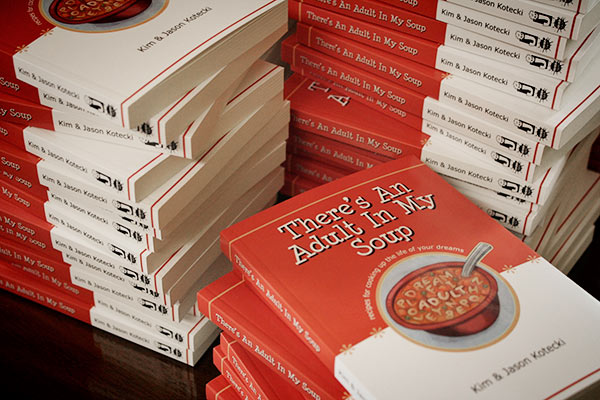 Last year, Amazon.com sold more ebooks than printed books. It’s been a fascinating rise, ushered forth by the iPad and Kindle. Even more fascinating is seeing how the industry is reacting to it. In many ways, ebooks are upsetting the apple cart, and people with businesses geared toward the old way of doing things are not happy about it.

So it was with great interest that I read an article in Mental Floss magazine about the advent of paperback books, and their similar assault on the status quo. In 1939, Robert de Graff introduced softcover books to America, offering them for just 25¢, while many hardcover books were selling for over $2. Even though some European publishers had success selling softcovers, New York publishers didn’t think the cheap, flimsy books would translate to the American market.

They were wrong. It took just a week for de Graff to sell out of his initial 100,000 print run, and he sold over three million in his first year. And not only did he embrace a new format, but new marketing and distribution methods as well. He sold his books in places where books weren’t traditionally sold, like newsstands, drugstores and train stations. Instead of sticking with the European tradition of stately, color-coded and graphic-free covers, he emblazoned his covers with colorful, eye-catching drawings.

So you may be asking, “Why the history lesson on the book industry?”

The rules that don’t exist are everywhere, not just in our personal lives, but in our professional lives as well. Back in the early 20th century, the “rules” were that people would only buy books with hard covers, and they would only buy them in bookstores. Robert de Graff ignored those rules and changed the world. Netflix did the same thing when they ignored the “rules” that you had to have a physical location at which to rent people movies, and you had to charge late fees to get your customers to bring them back to you. Walt Disney did the same thing when he ignored the “rule” that audiences would not sit through a feature-length animation. He went ahead and made Snow White anyway.

In your industry, company, or organization, there are presently amazing benefits to be had if you can identify (and are willing to break) the rules that don’t exist. Ignore the bad economy; take advantage of the opportunities hidden in the breaking of the rules you’ve been taking for granted.

The challenge is that these so-called rules do feel a lot like…rules. They are immovable, unshakable, and widely regarded as just the way things are done. You’ll probably be ridiculed for even suggesting another way.

But the person who is wise, curious, and childlike knows there just might be a better way.

P.S. Yes, you can find our awesome books in paperback form here and ebook form via Apple and Amazon.