Snapshots From Our First Marathon 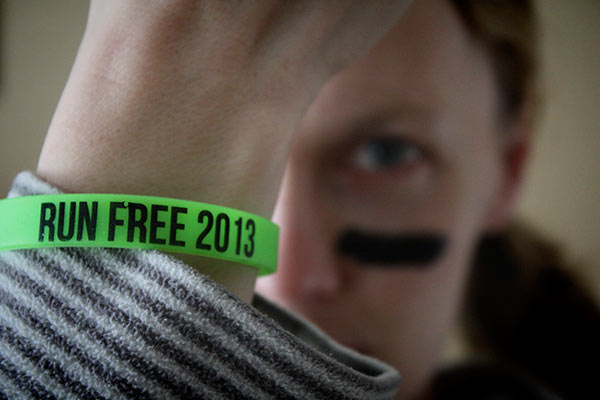 Training began about a month ago. Perhaps that wasn’t enough time to prepare, especially if you have a hard time jogging around the block without feeling like you have to hurl. But Kim and I had each other to hold ourselves accountable and, as you can see from the photo above, Kim was all business.

She had some help from Lucy, who provided moral support and coaching. 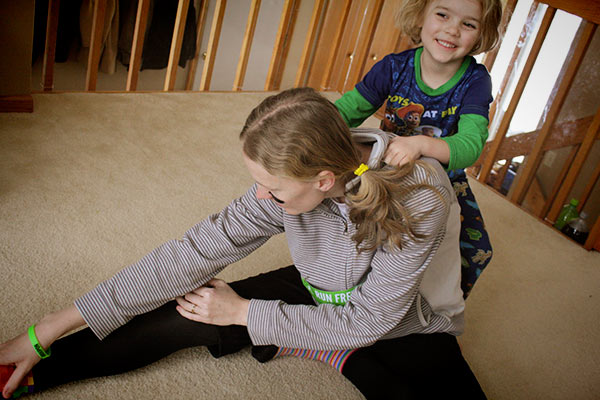 Ben, on the other hand, seemed content to play the role of little devil on the shoulder. Here he his tempting Kim to take a little break. 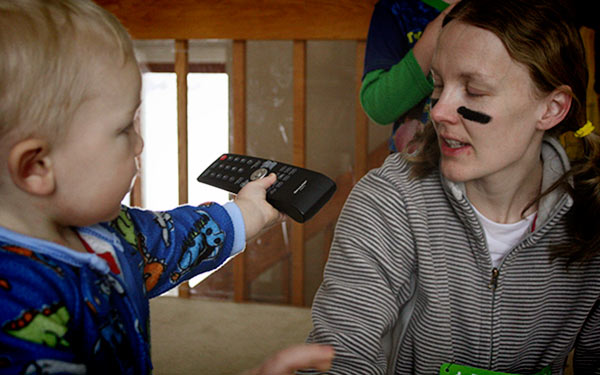 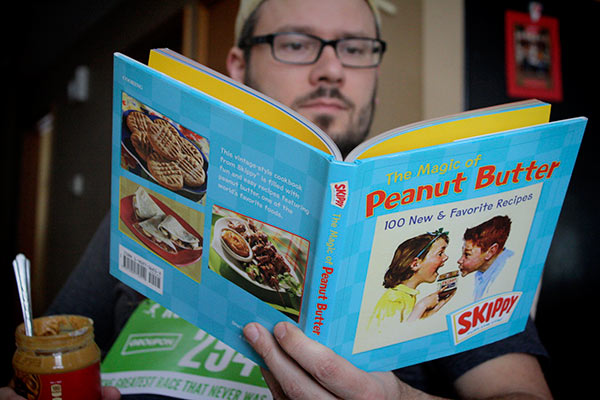 Perhaps you have heard of the Iron Man Triathlon? Well, I am convinced that it’s a race for wimps, particularly compared to the Run Free Race, which we ran in temps that felt like -4º. It may not have been the best choice for a first marathon. 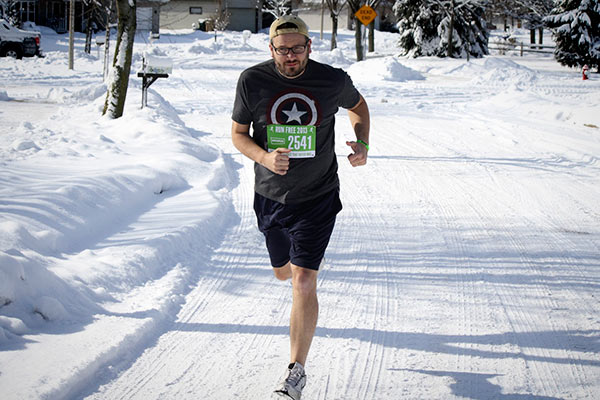 Despite Ben’s best attempts, Kim was well-prepared and ran a strong race. Here she is at around mile number 18: 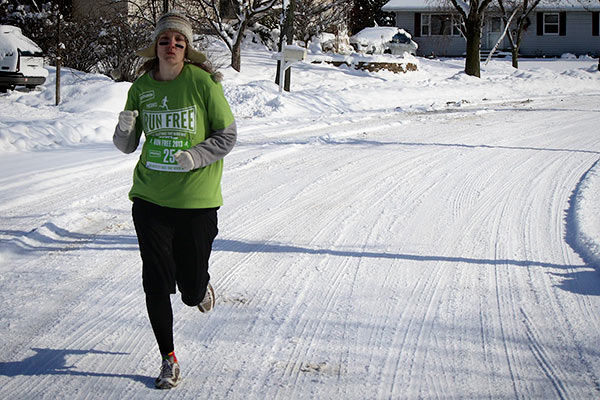 Afterward, she admitted that her best tip was staying hydrated. 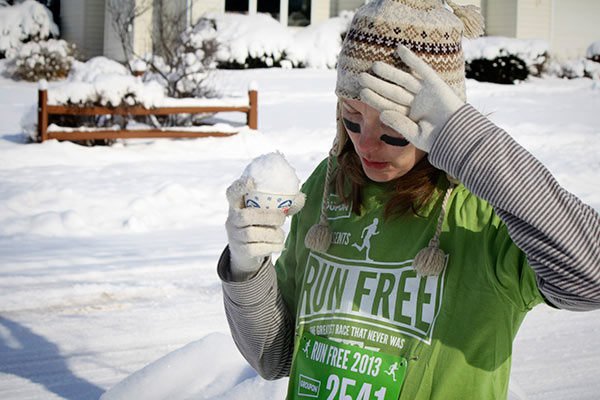 Kim ended up finishing in an impressive 3:13, good enough to qualify her for the Boston Marathon, if she wanted to run it. I will admit that I had a more difficult go of it. But I did finish. Here is me trying not to overheat. 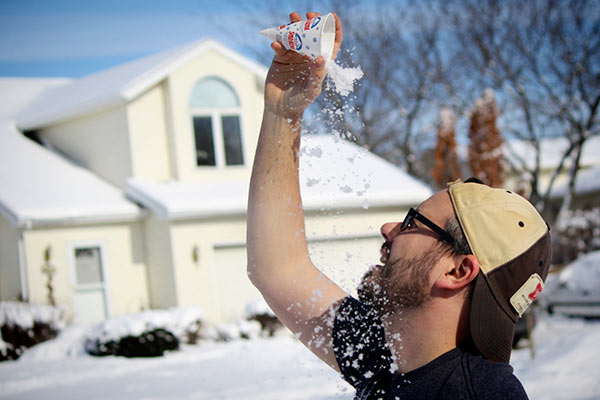 All in all, this recent addition to our Bucket Lists ended up being a great experience. Would I do it again?

Oh, as you may have figured out by now, the Run Free Race (and much of this post) was almost entirely fake. It truly was “the greatest race that never was.” But it begs the question: can anything really be called “fake” if thousands of people are doing it too?

One thing’s for sure. It definitely was ridiculo.us. 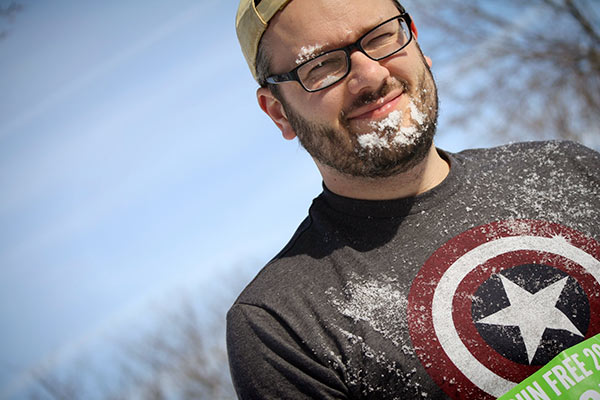