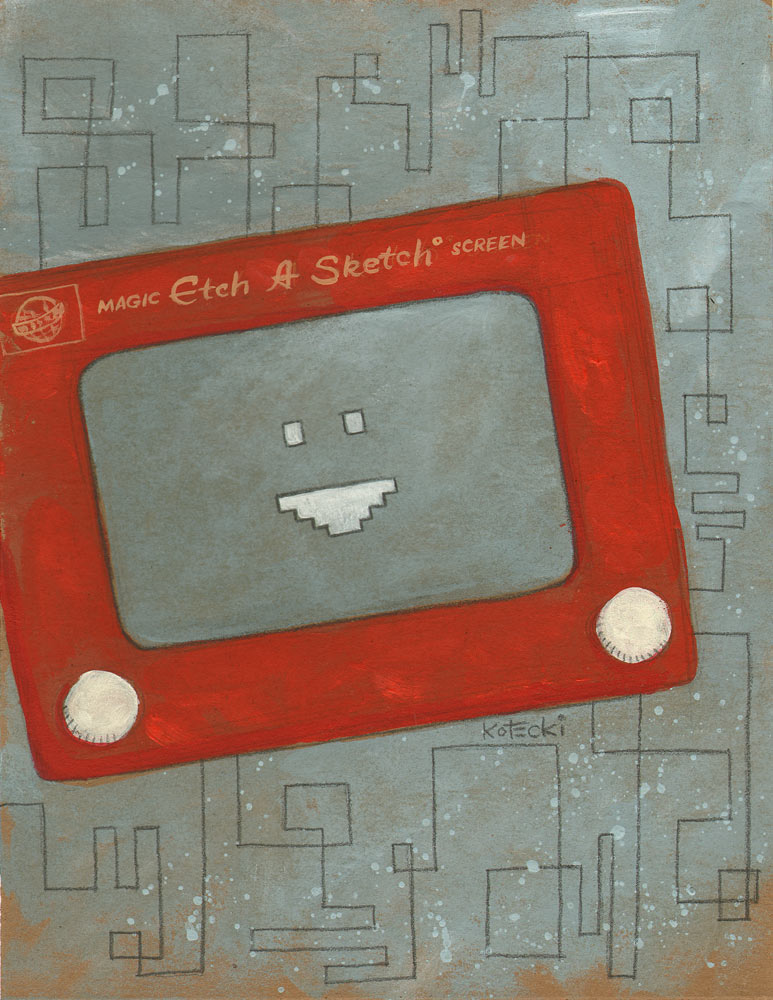 Andre Cassagnes, the dude who invented the Etch-a-Sketch, was an electrical technician. Cassagnes came up with the idea in his garage when he peeled a translucent decal from a light switch plate and found pencil mark images transferred to the opposite face. Initially dubbed the Telecran, the toy was renamed L’Ecran Magique, or ‘The Magic Screen,’ and made its debut at a toy fair in Nuremberg, Germany, in 1959.

Using one is ridiculously easy. (Especially if you want to draw, you know, stairs.) But making anything worthwhile with it is really, really hard. The cool thing about the Etch-a-Sketch is how easy it makes it to start over.

Living is pretty easy, thanks to the fact that your brain, heart and lungs put much of it on auto-pilot. Making your life into anything worthwhile, however, is hard. Harder than spending an hour on Facebook or watching a Golden Girls marathon. But God, the dude who invented life, also made it pretty easy to start over.

Each new day is an opportunity to start again. With a clean slate and a new optimism.

Sure, you may have messed up yesterday in grand, spectacular fashion. It may not have turned out the way you would have liked. Maybe you got lazy, lashed out, fell down or said something you regret.

That’s ok. Today is a new day, a chance to try again.