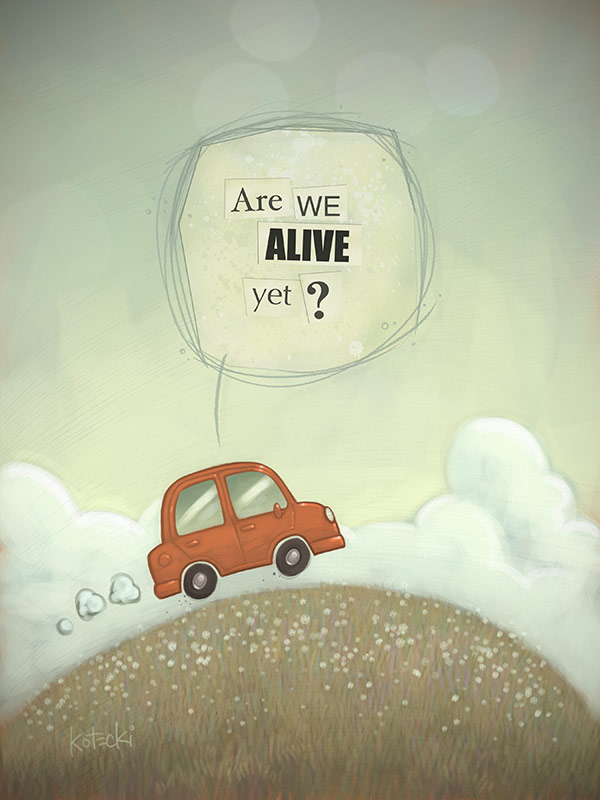 When I was a teenager, I worked at a car dealership. The garage where I spent my days smelled of used oil, antifreeze, and in the summer, sweat (hooray for no air conditioning!). My job was to wash cars, run errands, and keep the shop relatively clean. It was good pay for a good job with good bosses and flexible hours. And I learned how to drive a stick shift and detail a car like nobody’s business, which will come in handy when I buy my Porsche someday :) By all accounts, it was a pretty great career for a teenager.

But that doesn’t mean I liked it.

I hated being trapped doing something I didn’t care about. While the clock took its sweet old time plodding toward quitting time, I daydreamed about all the other things I’d rather be doing. Probably not so unusual for a typical teenage job.

I resolved that I would NOT spend the bulk of my days in a job I didn’t like. Not for the money. Not for the benefits package. Not for anything. It was that determination (stubbornness?) that carried me through the hard early days of our business. The days when nothing we tried worked, the tearful nights when we questioned our sanity, and the years when bankruptcy loomed around every corner.

The sad thing is that the story of those mechanics is still being told today. Millions of people feel trapped in jobs they are good at but either don’t really like or outright loathe. They are traveling through life wondering, “Is this all there is? When do I get to the point where I’m finally happy?”

There are many flavors of career advice out there, some wholly secular, some sprinkled with spirituality. There are assessments, intakes, and tools out the wazoo, but I think that this quote by Howard Thurman distills all of it down to one brilliant and relevant suggestion:

On a near daily basis, I am constantly reminded that I seem to make the biggest impact (and experience the most success) when I’m doing the things that light me up. So that’s what I try and do more of.

The world does not need another decent but disinterested mechanic, a competent but listless lawyer, or an adequate but uninspired teacher.

It needs you, fully alive.

[ About The Art: This piece was inspired by the oft-heard refrain that parents know all too well: “Are we there yet?” I was trying to come up with a sky color that wasn’t just your standard Crayola blue. You know, going for a bit more sophistication :) The color scheme I came up with set the whole tone of the piece. I added the field of white dandelions to work with the color scheme to give a feeling of late summer, which mirrors the point of one’s life where the big questions really start to mount. Sometimes these questions can cause our souls to feel a bit detached from our bodies, so I added a bokeh texture over the whole thing to stimulate a sense of dreaminess…I’ve heard people say that they like to know what the artist was thinking when they made something and why they made the choices they did. Sort of like a peek behind the curtain, as it were. So, was any of this interesting to you? Should I keep it up? I’d love to hear your thoughts and questions in the comments. ]