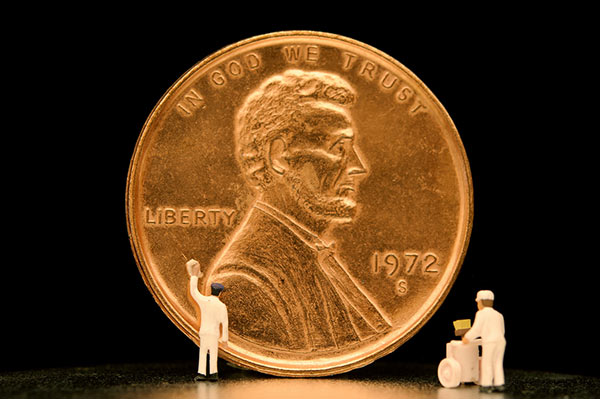 Mary Nuckolls is a Champion of Childhood because she gives away money.

But not the way you think.

She’s not some rich heiress who has so much money she doesn’t know what to do with it. She’s not a professional philanthropist. She works at a preschool.

But sometimes, she finds money on the street, like we all do from time to time. She once heard that when you find a penny, someone in heaven is thinking about you. Mary often finds pennies in threes: one for her mom, dad, and brother. Even if it’s only three cents, such occurrences lift her spirit. So she has taken up the habit of dropping money after she comes out of stores. In her own words:

It’s not much, usually a penny or a nickel. I think that maybe in some small way, I am brightening someone else’s day. Sometimes I leave a couple of quarters at the car wash when I am done. Makes someone’s day. I also buy McDonald’s tickets for ice cream and leave them where a kid will find them. Kinda silly, but then, isn’t that what it’s all about?

Yes, Mary, that is what it’s all about: doing things — sometimes big, but mostly small things — that brighten the world around us.

In a world rocked by war, terror and heartbreaking acts of senseless violence, it’s these small rebellions that give us the humor, hope and healing that we so desperately need.