The Dreamy Old Quiet Days Are Over. (Again.) 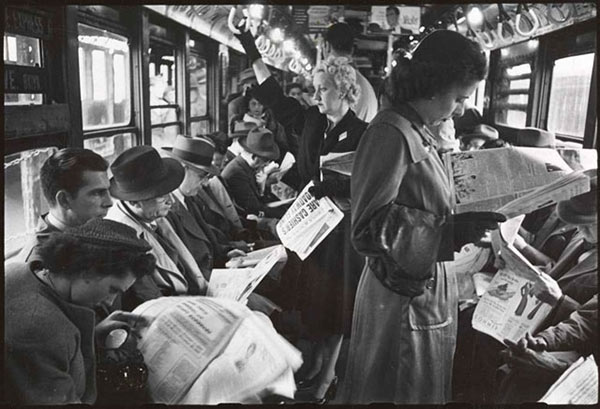 Sometimes I chuckle at the thought of parents wringing their hands over Elvis’s gyrating hips. Especially in contrast to the stuff I have to keep my kids from seeing on network TV these days! I have also decried the negative side of modern technology, where it seems that most people spend more time staring at smartphones rather than starting real conversations. Don’t even get me started on things like sexting.

It’s easy to blame technology for the speeding up of our lives, for the loss of true connectivity, and for the cheapening of our stories. But before we embrace another seemingly modern trait of blaming something or someone else for our troubles, take a look at this passage from William Smith’s Morley: Ancient and Modern, which was published in 1886.

With the advent of cheap newspapers and superior means of locomotion… the dreamy quiet old days are over… for men now live think and work at express speed. They have their Mercury or Post laid on their breakfast table in the early morning, and if they are too hurried to snatch from it the news during that meal, they carry it off, to be sulkily read as they travel… leaving them no time to talk with the friend who may share the compartment with them… the hurry and bustle of modern life… lacks the quiet and repose of the period when our forefathers, the day’s work done, took their ease…

Interesting, huh? Replace those newspapers in the photo above with smartphones and tablets and it wouldn’t look all that different from a modern New York City subway. There are new problems that didn’t exist 100 years ago, sure. But there are also solutions to problems we enjoy that our grandparents never did. Technology has always been an easy scapegoat, but it has never been the biggest threat to us being able to live rich, meaningful, adventurous stories.

The biggest threat to living those types of stories has always been…us.