The Adultitis-Free Way to Win an Argument Every Time 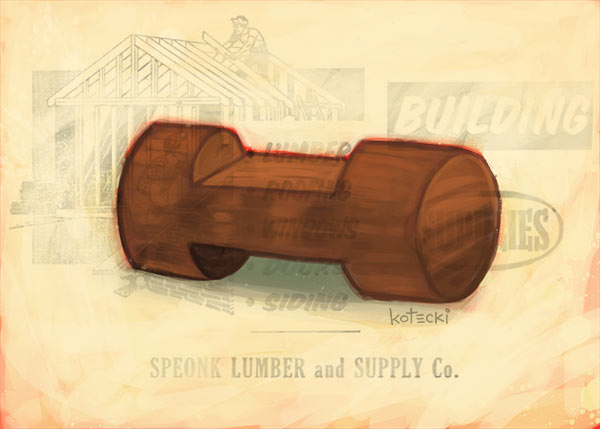 At the most recent Escape Adulthood Summit, a woman named Kate shared an awesome technique for winning arguments.

It all started on a simple premise agreed upon by Kate and her husband. They decided that no matter how angry they were with each other during the course of an argument, if one of them said, “Lincoln Log!” they would both have to laugh.

(Actually, the word they used was “raccoon,” but she joked that it was already taken. Lincoln Log seemed fun — you can use it if you want. So does cantaloupe. Or sasquatch. Use your imagination!)

She described a typical scenario. An argument begins and quickly escalates, with both sides angrily stating their cases. In the heat of the action, just as Kate prepares to unload with both barrels, her husband says, “Raccoon!” At first she thinks to herself, “I CANNOT believe you pulled out “raccoon” right now; I was just about to bury you!” But inevitably, giggles burst free. Before long, both parties get some instant — and much-needed — perspective.

Most arguments usually morph into a match for superiority, with the actual reason for the argument is lost in the desire to win. When you use the “Raccoon” technique, it diffuses the situation in an instant, and cooler heads usually prevail.

That’s the coolest part: You both do.

It’s Adultitis that goes home the loser, its head hung in shame.

Your turn: What’s your favorite argument-diffusing technique? What do you think would make a great code word?