6 Things You Didn’t Know About My High School Years 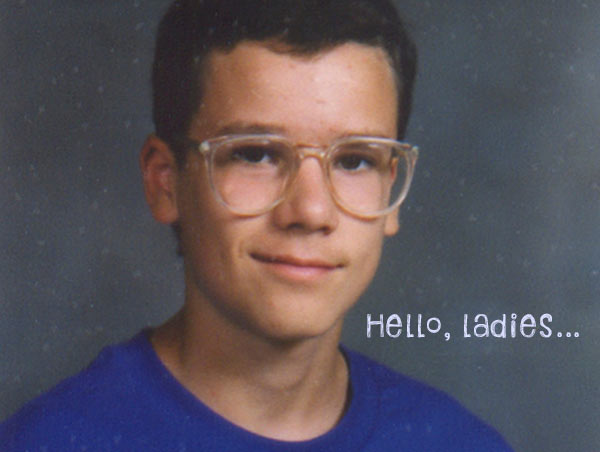 I was listed in the yearbook as an example of a fashion trend setter. Anyone who knows me knows how hilarious this is. I had the good fortune of being a senior right when the Seattle grunge scene was emerging, which is to say flannel and jeans found me. Although the flannel is in the closet, I still listen to Pearl Jam.

Speaking of yearbooks; you know those awards they give to seniors, like Best Eyes, Class Clown, Most Likely to Be President? They had one for best artist, but I did not win it. That honor went to Mike Beenenga, who was (and still is) super talented and super nice guy. Damn you, Mike.

I was, however, voted co-captain of the conference champion varsity baseball team. It remains one of the greatest accomplishments of my life. I was not the best anything on the team. But, as the second baseman, I was a decent contact hitter, a dependable fielder, and pretty scrappy. The fact that my teammates saw something in me that warranted me being named co-captain still means a lot.

Whatever the opposite of “ladies man” is, I was it. Granted, I was not helped by the fact that I wore these glasses my entire sophomore year. Plus I was painfully shy. My best plan for seducing women was drawing cartoon teddy bears for them. This ended up being a wonderful plan for getting my art displayed in their lockers and get me branded as an eternal “brother.” My skills with the ladies improved some as I got older (and started wearing contacts), but to this day, if Kim had not kissed me first, she might still be waiting.

The worst trouble I ever got into was when I got my Sports Illustrated taken away for talking in Humanities class. I remember following it up with some sort of smart aleck comment to save face from the humiliation. Clearly I was quite the rebel.

I got a C in speech class. Considering I now get paid good money to give speeches for a living, I guess the joke’s on you Mr. Quick.