How to Have Fun at Work with No Budget 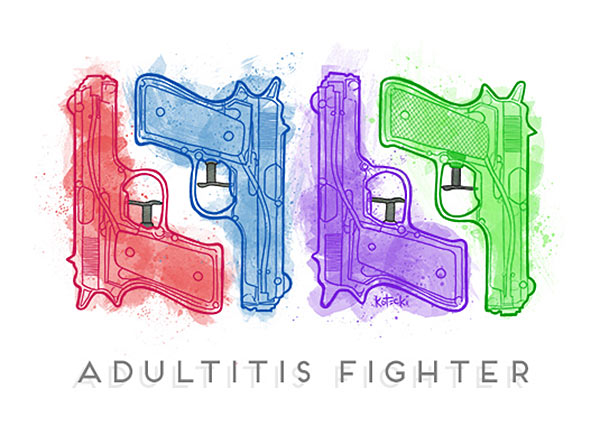 One of the topics that came up during our most recent live hangout over on Facebook was how to fight Adultitis at work on shoestring budget. As always, there were a bunch of great ideas shared, and I thought it was worth corralling them into one handy post. Enjoy!

I give out really specific pretend awards for some of the mundane things people do (The “you answered 100 calls today without biting someone’s head off” award.) I just find fun clip art and make them specific to the things people do that go unnoticed or are so routine we forget to acknowledge them. My team posts those up instead of the real awards they get from our big office. (via Melissa LeFever)

We had a fancy hat day for our monthly meeting. Next month it was shoes. (via Carla Saunders)

This week we just started taking turns hiding Marty the penguin. I started him off in the frozen waffles for morning snack! (via Karen Spicher Zakin)

How about a dessert trade at lunch – ala the old days of “I’ll give you two cookies for half your candy bar.” (via Jenna Regis)

When someone goes on leave for a week or more we try and do something to their desk. Some favorites were growing grass out of an old keyboard and hiding theirs; converting an old wheely chair to have a bike seat; and making a fake person to work at their desk including a suit and wig (everyone kept coming up and talking to the fake person and didn’t realize until they got close that it was fake). Oh, and convincing co workers that our label maker was voice-activated. (via Carla Saunders)

I make popcorn. (via Robert Bradford)

Paper airplanes! Divide up in teams, who can make it go farthest? Or who can come up with the most interesting “paint job?” (via Minette Sternke)

I once put paper mustaches in the break room with a camera. We had a lot of silly pictures after lunch that day! We posted them at work. They received lots of laughs! (via Jennifer De Stefano)