The Shocking Truth About Your So-Called Priorities 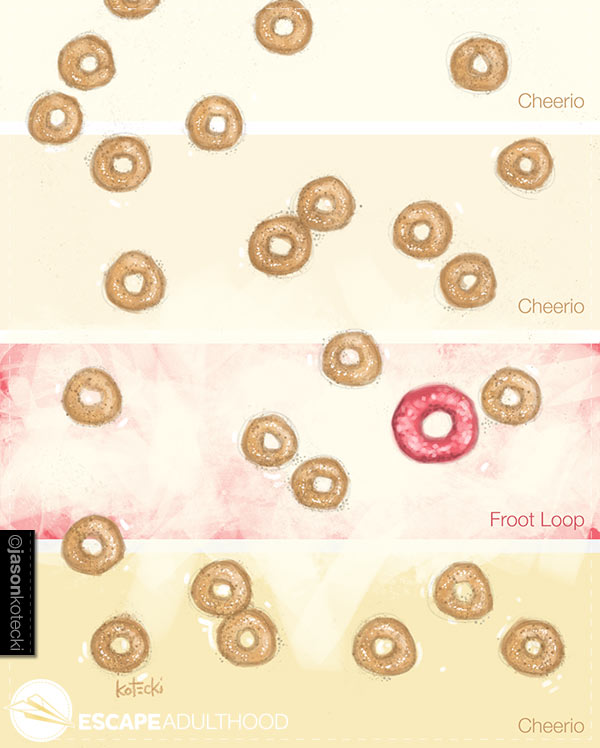 Do you ever struggle with balancing all of the priorities competing for your attention?

Yeah, me too. I’ve often felt like my life is the love child of the movies Mission Impossible and Groundhog Day.

Then I discovered this: The word “priority” first entered the English language in the 14th century. Notice the singular tense. It comes from the Medieval Latin word “prioritas,” which literally means “the condition of being first.” It was not until the 20th century that we went ahead and pluralized it, creating the word “priorities.”

Except for the fact that it’s impossible for there to be more than one “first.”

No wonder we get so frustrated when we try and juggle all of our “priorities.” There’s no such thing!

Before kids, my priority was my business. That is, it was the driver of most of the decisions in my life. Now my priority is my family.

But too often, I’d operated under the impression that both were my priority, which caused all kinds of trouble, because I felt like I was doing something wrong when they conflicted with one another. Turns out I wasn’t doing anything wrong, I was just trying to do something impossible.

Maybe you’ll be able to relate to this quote as much as I did:

“Because of our proclivity to veer in the direction of things that stroke our ego, we tend to cheat at home. We give an inordinate amount of our time, energy, and passion to our work.”
–Andy Stanley, Choosing to Cheat

Makes sense to me.

You get awards at work. Special parking places. Better offices. Fancy titles. Respect from your peers. The feeling of accomplishment when you finish a task. Oh, and you get paid cash money.

In contrast, let’s take the job of parenting. It’s a job you do for free. There are no awards, fans, or fancy titles. It’s hard to tell if you’re doing a good job (and most of the time you feel like you aren’t).

My daughter Ginny recently went through a phase where she basically wanted nothing to do with me. She’d run away when I tried to pick her up. If I happened to catch her, she wriggled like mad to break free. If I tried to comfort her when she was crying, she cried harder. I’m not Mommy, ergo, I’m the devil.

Definitely not an ego boost.

My ego will take a line of people who clap after I speak and want my autograph, please.

Since I don’t want my ego to be the boss of me, I have to make a conscious decision about my priority.

Here’s the thing: saying something is a priority is easy, but entirely meaningless. The only indicator of your true priority is what you do, not what you say. When faced with a scenario in which you have to choose one thing over another — such as bringing work home to catch up on paperwork, versus spending the evening playing board games with your family — which one do you choose more often than not?

So when you feel like a crazy person trying to balance all of your “priorities,” cut yourself some slack. You are awesome, but you can’t do impossible things.

Instead, a better use of your attention is to make sure your intended priority and real actions are playing nice together.