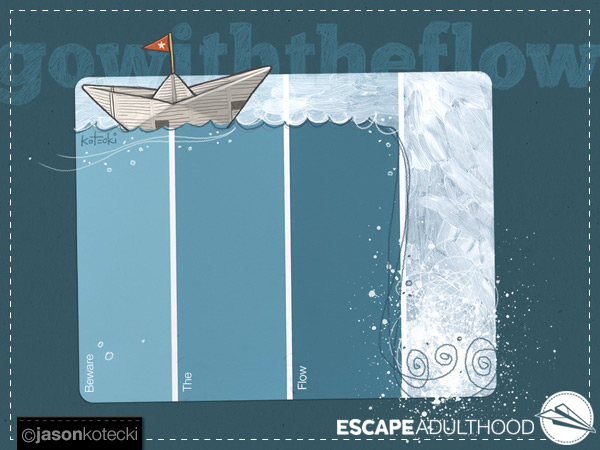 “The advent of the computer age promised shorter working hours and more time to play. As early as 1965, a US Senate subcommittee predicted that by the year 2000 employees would be working only 20 hours per week while enjoying up to seven weeks of vacation annually.” –Marion Elizabeth Witte, The No-Regrets Bucket List

We probably do get twice as much done in 20 hours today than we did in 40 hours in 1965. And it’s possible that 50 years from now, we will have figured out how to get just as much done as we do today in half the time.

The question is, will we finally give ourselves permission to not drive ourselves so hard? To devote more time to the people and causes we care about the most?

I think we all know the answer to that.

My friend John works in Chicago. He leaves his house before 6:00 in the morning so he can beat the worst of traffic. He told me that at that hour, if you’re not going 80 or 90 miles per hour, you’re liable to get run off the road. The police don’t stop anyone, because frankly, everyone’s doing it and they know that doing so is likely to make traffic even worse later.

90 miles an hour doesn’t feel that fast when everybody’s doing it. It feels normal, even.

Indeed, it’s always been and always will be easier and more convenient to just go with the flow. But that doesn’t mean the flow is the best place to reside.

In fact, the flow can take you in the opposite direction of where you really want to be.