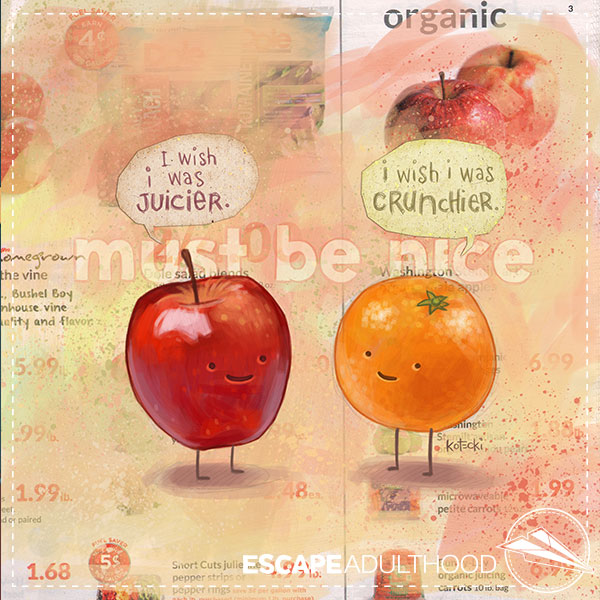 I read the other day that Albert Einstein didn’t know how to swim.

And he was a terrible sailor, capsizing his boat so often that locals regularly had to tow him back to shore.

It made me feel good to read that.

I have never sailed, but I do know how to swim. It’s nice to know that I can do something Einstein couldn’t, and that he actually stunk at things.

I spend too much time worrying that I’m not enough. I’m not outgoing enough, smart enough, creative enough, disciplined enough, thin enough, or faithful enough to accomplish my biggest dreams. I regularly undervalue my gifts, and overemphasize my shortcomings.

Maybe you do the same thing.

We regularly compare ourselves to people like Einstein, who is regularly lauded as a genius, and cast ourselves in lesser roles in this grand production called Life.

Interestingly, our definition of genius has changed over the years. In the 14th century, a genius referred to a guardian spirit, and a very talented person was said to “have” a genius, because his or her gift was thought to be the result of some supernatural help.

Somewhere along the line, we evolved from the idea of having a genius to being one, which brings with it the connotation of being superhuman and great at everything.

But no one is great at everything. No one is even great at most things. We were designed to depend on one another. A single person cannot make a baby by him or herself. Babies can’t feed themselves or change their own diapers. And diaper companies can’t make money without customers.

Despite finding himself regularly waterlogged, Einstein apparently didn’t think it was important enough to invest any time in becoming a better sailor or learning how to swim. I’m guessing he didn’t waste any time comparing himself to Johnny Weissmuller.

If you haven’t heard of Johnny Weissmuller, he lived at the same time as Einstein, and he sure could swim. He won three gold medals, at the summer Olympics in 1924, three years after Einstein won the Nobel Prize in Physics. Weissmuller also became the best known actor to play Tarzan in films of the 1930s and 1940s. (His character’s distinctive Tarzan yell is still often used in films.) He had a different kind of genius than old Albert. Weissmuller’s Wikipedia page doesn’t mention whether or not Johnny was any good at math or science.

But he was way better than Einstein at swimming.

You’re better than Einstein at something, too. We all have a genius. We’re all good at something. A few things, probably. That’s our genius, and that’s what we need to share with the world.

Develop and share your genius. Disregard the things you stink at.