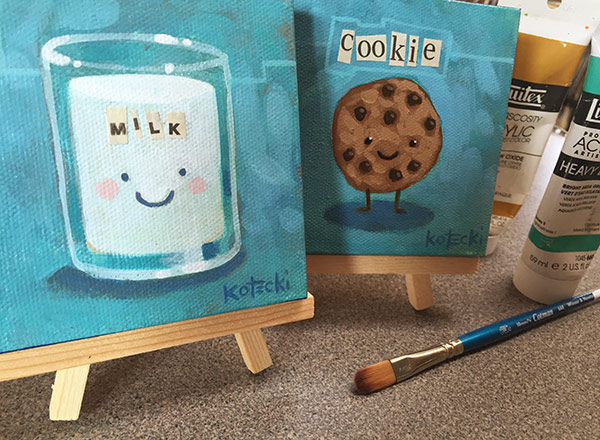 I’d like to circle back to the concept of Tinker Projects. You may remember that mine was to create 100 new pieces of art in 2016. So far, I have done 16, which puts me at a pretty good pace.

Of course, a Tinker Project doesn’t have to take a whole year. It could be a month long. Or a week. Basically, a Tinker Project is a playful endeavor of any size or scope that gives you permission to experiment with something that’s been tugging at your soul, without regard to any particular outcome. It’s a chance to chase your curiosity and try something new. It’s about venturing into the unknown, just because, where the act of exploration is reward enough.

I don’t know what will come of me making 100 pieces of new art, other than I know I won’t wish I’d spent more time in the studio.

So in this spirit of tinkering, I have decided to begin making some original art. Most of my work is done digitally, which allows me to work more quickly, but also means that physical originals are extremely rare. I have put two of my new pieces up for auction (seen above), starting at a ridiculously low starting bid to gauge interest. Again, the goal is not to make a certain amount of money, but to experiment and learn something. If things go well, I may do more of these. Or not. We’ll see! (The “we’ll see” is the magic of a Tinker Project.)

Of course, if you want to check them out and place a bid, that would be super.

But I really wanted to encourage you to keep going on your own Tinker Project, or start you own, while keeping in mind that even though it may produce some productive, practical and perhaps even profitable benefits, that’s not really the purpose of a Tinker Project. In adulthood, our heart often takes a back seat to our head, with its incessant need for reason and fear of failure or looking stupid.

A Tinker Project is about trusting that sometimes, your heart has reasons for doing things that take awhile for your head to understand.

The only way a Tinker Project can fail is if you don’t start one in the first place.

What are you tinkering with right now? 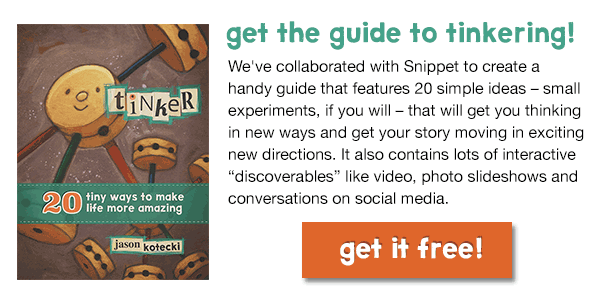