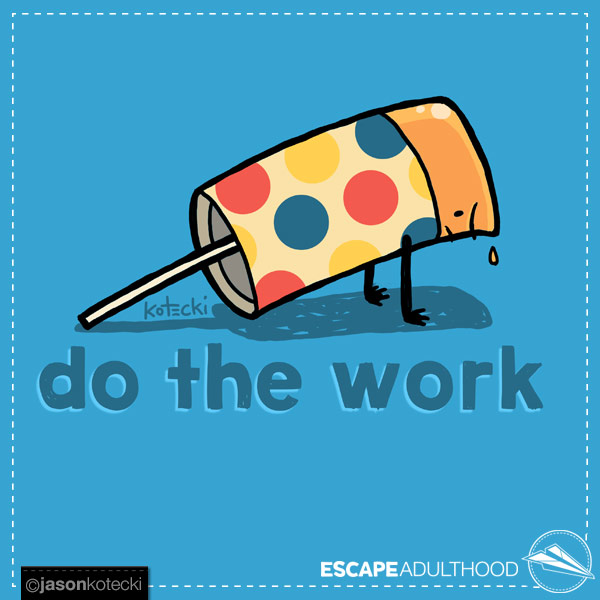 My daughter Virginia is one of the worst talkers on the planet. Seriously, she’s really, really bad. Her best sentences are only three words long, and you’re lucky if you can understand them, they’re so mumbly. She’s dreadful at enunciation, too. She calls her sister Lucy, “Yoo-yoo” and her brother Ben, “Bah.” I mean, how hard is it to say “Ben” for crying out loud?!

Ginny is very good at smiling and getting me to do anything she wants, but she’s well below par when it comes to talking.

There’s a good chance you think my assessment of her talking skills is unfair, and maybe even a little mean. 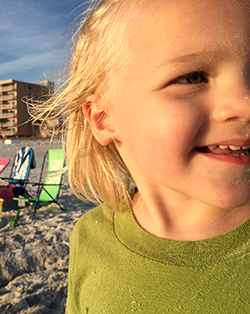 What I find interesting is how quick we are to talk about (and to) ourselves in the exact same way when we are just starting to learn something new.

For some reason, we operate under the assumption that we should be experts at something on our first try. We certainly didn’t feel that way when we were kids, learning how to walk, talk, or ride our bike. But the fear of looking stupid and incompetent too often keeps us from trying something new and we miss out on awesome opportunities because of it.

Malcolm Gladwell popularized the idea that it takes roughly 10,000 hours of practice to achieve mastery in a field. An obvious but forgettable fact is that there are four zeroes in that number. Take those zeroes away, and you’re starting with your first hour, which is bound to be just terrible. And the first 10 or 100 hours will probably not yield much improvement.

I remember when making macaroni and cheese from a box felt like an accomplishment. Since I’ve been doing almost all of the cooking for my family over the past seven years, while experimenting with new techniques and ingredients, my repertoire and skill has gotten much better. I’m no Gordon Ramsay, but I’m only at about the 2,000 hour mark, while he’s probably approaching 100,000.

Are you starting a new job? Or class? Or hobby? Are you a new parent? New to the role of caregiver? Be kind to yourself. You’ll probably stink at first, and not only is that ok…it’s normal.

Whatever you do, just don’t use your ineptitude as an excuse for not starting.

Give yourself permission to tinker.