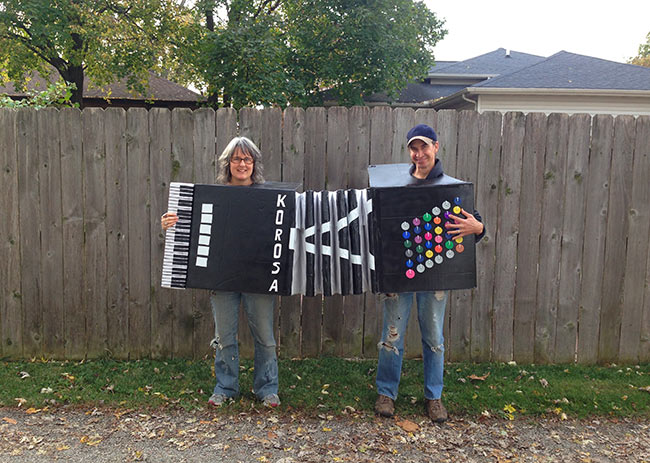 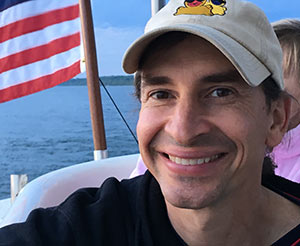 Our first experience with Danny Donuts was at an Association for Applied and Therapeutic Humor (AATH) conference. He was leading a group of people sporting red clown noses who went to O’Hare International Airport in Chicago to greet arriving passengers and give them their own clown noses to wear. Normal people don’t do that. But top-flight Adultitis Fighters do.

You could say that Danny has turned Adultitis Fighting into a career. He’s a comic performance artist who also considers himself a Kids Performer, Musician, Author, Emcee, Auctioneer, Soccer Fanatic, Writer, Producer, Video Editor, Public Speaker, and Coach. As you read on, you’ll quickly discover why Mr. Donuts in one of the most no-brainer Adultitis Fighters of the Month we’ve ever named. (I mean, he built his very own drivable Yellow Submarine, for crying out loud!)

As you may have guessed, “Donuts” isn’t his “real” last name. It’s actually Raudonis, which sounds close to Roww-Donuts, so “Donuts” was Danny’s dad’s nickname in high school. Danny’s mom’s family owned Spence’s Bakery in Ottawa, Illinois. ​The name Danny Donuts pays tribute to his dad’s family nickname and his mom’s family business.

In recognition of their efforts, Adultitis Fighters of the Month receive a special mini-canvas hand-painted by Jason, along with a certificate of honor, a sweet patch, and other Adultitis-Fighting tools. We asked Danny some questions about how he fights the Big A and what advice he has for others…

At music fests I drive around in a Yellow Submarine on wheels and squirt people with water. My wife Barb and I often wear wacky stuff at airports. I play in a Beatles Polka band where I play homemade instruments. But I think the biggest one is allowing myself to be me. It’s funny because it’s the most natural feeling in the world, but because of the world of Adultitus, I catch myself trying to fit in and be all grown up and responsible. 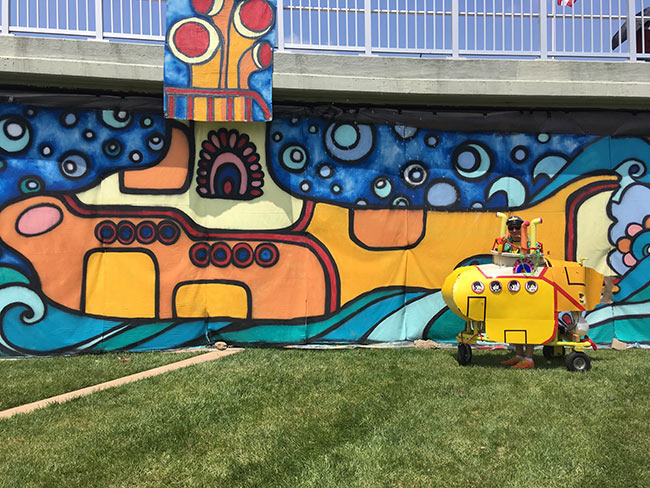 Greatest? I can’t pick just one. There are so many people, groups, organizations, events and festivals that have had huge influences on me (including attending the first Escape Adulthood Summit!) So I’ll say my imagination. I grew up in the country and spent most of my childhood days playing alone. I believe this helped stimulate my creativity and I constantly tap into my imagination and creativity to create a life that I want to be living… one that’s full of play, love, laughter and creativity. 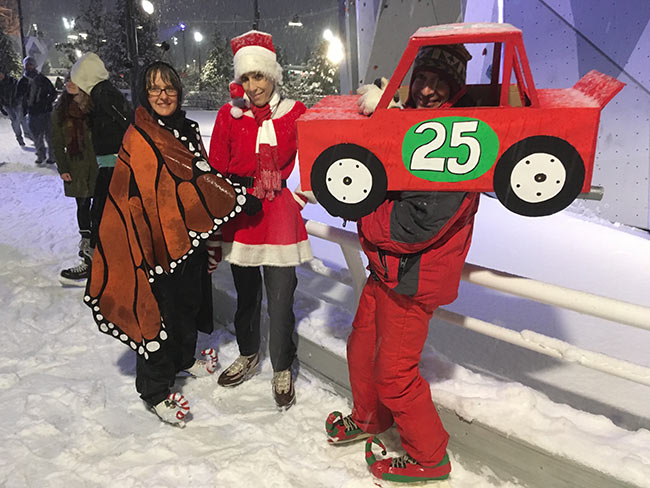 My dad had a wood shop in our basement where we could build things. In one corner I had a junk collection of cool stuff that people threw out. Me and my imagination spent hours down there trying to invent robots, steam engines, motorized vehicles, rollerblades, etc. Now I build and invent Junk Band Instruments in my basement and it feels like I’m back in my childhood basement building things out of junk. Last year I built my second Yellow Submarine down there. 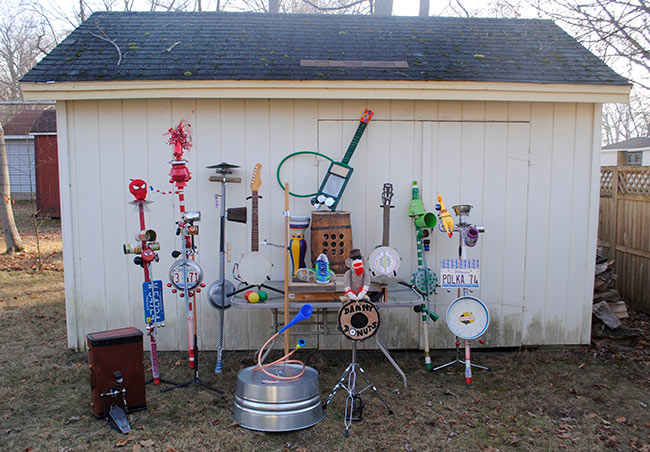 Stay away. You can’t change people who don’t want to change. A puppy will go up to a bigger dog hoping to play but if the bigger dog growls, the puppy knows to turn around and go chase the grasshopper.

Sometimes you have to force yourself to play and have fun. So many times I heard that people weren’t going to participate in a fun activity and when they forced themselves, it not only got them out of a funk, it was the most fun they had all year. Also, making a difference for someone else with Adultitis will make both of your days better.

I just completed my biggest creative project ever, a 90-minute comedy mockumentary that I spent over two years working on. The best part was having 30 people say yes to my invitation to come play with me. I didn’t know how to make a movie… I just jumped in and did it! You can find out more at SgtSauerkraut.com and my website is DannyDonuts.com

Congrats to Danny Donuts, June 2017 Adultitis Fighter of the Month. Thank you for making the world more awesome! 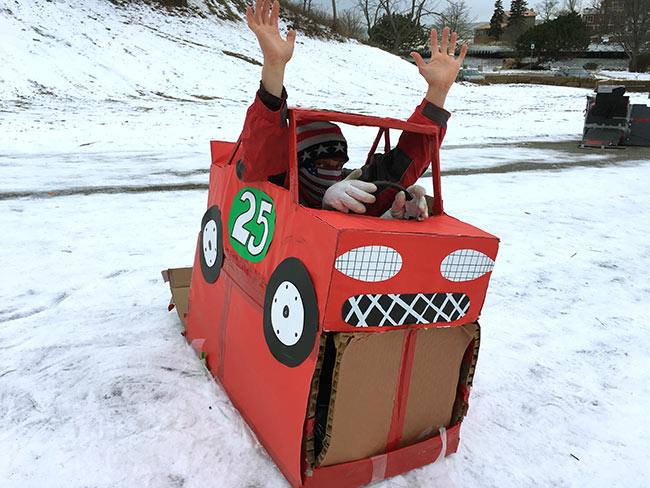