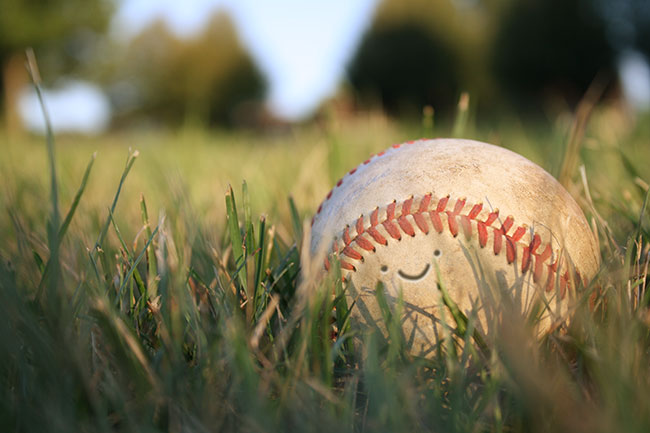 With the Major League Baseball season heading into the All-Star break, a quick glance at the statistical leaders reveals that I am not leading the National League (or the American League, for that matter) in home runs. Truthfully, I’m not even close.

Of course, there is one important detail that probably matters somewhat: I don’t actually play professional baseball.

I’m sure you’ll agree that it’s pretty ridiculous to beat myself up for not leading the league in home runs if I’m not a professional baseball player. And yet we regularly feel bad about ourselves for being lousy at games we’re not even playing.

Just because we don’t think of them as “games” in the same way we think of baseball as a game, doesn’t mean we haven’t devised ways to keep score at the activities in which we participate. Rather than tracking home runs, we measure things like money, body weight, square footage, degrees, status, accolades, connections, sales, prestige, and fame.

The “Make Partner in My Firm” game.

The “Solve the Homelessness Problem in My Community” game.

The “Own the Biggest House in the Neighborhood” game.

The “Enter and Win Marathons” game.

The “Get Elected to Public Office” game.

The “Find and Do Work That Matters to Me” game.

The “Become Debt-Free as Soon As Possible” game.

The “Get My Kids Into Prestigious Universities” game.

It’s possible to play a number of different games during your lifetime, even a few at the same time. I hope you can see that “winning” at any of the aforementioned games requires trade-offs that will limit your chances of success at the others.

You know that feeling of overwhelm you get trying to maintain some semblance of “life balance?” That’s a telltale sign that you’re playing too many games.

The more games you play, the less chance you have of winning any.

What game are you playing?

I’ve written before about my neighbor’s lawn. I am convinced that he waters his lawn with angel tears and fertilizes it with unicorn poop.

Sometimes I beat myself up for not having a lawn as nice as his. But then I remember that I am not playing the “Best Lawn in the Neighborhood” game. I am playing the “Spend as Much Free As Possible with My Kids When They’re Young” game. As such, the more time I spend looking for, harvesting, and spreading magical unicorn poop takes me away from spending time with my kids.

Mind you, this is not about labeling games as good or bad. (Unless you’re playing the “Sell Drugs to Everyone in My Neighborhood” game, which is most definitely bad.) As far as I know, my neighbor, who is retired and has grown children, considers tending to his lawn as his happy place.

This is your life. You get to pick what game you want to play. But you can’t play and hope to win them all. If you’re not careful, you can get duped into playing a game you don’t even care about and end up making choices that distract you from a game that does.

The cool thing is that once you identify the game that matters to you, you can let go of all the burdensome jealousy, envy, and guilt that you feel when you compare yourself to people playing different games. Be happy for the people who are winning the games they’re playing. Most importantly, you can be free of the self-loathing thoughts that you’re not good enough.

I’ll admit it: I’m getting blown out in most of the games that are being played by friends, family, and peers. You might be, too.

But the game that matters to me? I’m leading the league, which is all that really matters.

And don’t beat yourself up for being in last place in the games you’re not.