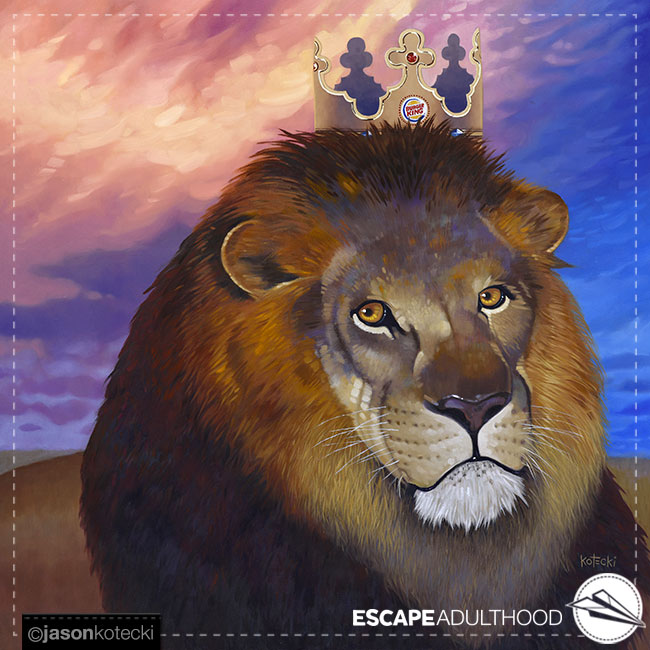 When Kim and I are goofing off, either alone or with the kids, one of us will often challenge the other to “own it.” What this means is that we have to push away any iota of self-consciousness and fully commit to 100% concentrated silliness.

When you see someone trying to act like a funny character or dance in a ridiculous way, you can tell if they are not “owning it.” You can tell they feel awkward, and that awkwardness makes you feel a little awkward, too.

But if you’ve ever seen someone “own it,” it’s like they’re the only person in the room. They look patently ridiculous — way more so than the person who feels awkward being just a little silly — and they positively don’t care.

Each of us has a line that marks how far we are willing to go in looking silly in front of others. For most of us, that line is not very far away. Some people will do anything to avoid looking the least bit silly in public. We don’t raise our hands to ask a question, dance in public, or wear anything that might draw a sideways glance.

The elite comedians, like Will Farrell and Jim Carrey, are willing to go so far beyond the line in that it’s almost shocking. They go so over-the-top in their commitment to the bit, and own it in such a way that clearly demonstrates that they simply don’t care how silly they look. (Like the time Will pretended to be a cat as part of his Saturday Night Live audition):

We often assume that if we are too silly, people won’t take us seriously. But the irony is that the less we care about how silly we look, the more confidence we project. And confidence is power. We are more attracted to people with confidence. People follow confident leaders. We say yes to requests made with confidence.

Amy Poehler was right when she said, “There’s power in looking silly and not caring that you do.”

Believe it or not, I considered making this painting 12 x 12 inches. What a stupid choice that would have been. The original painting is almost four foot square, and thank goodness. This painting is about the power of not caring about looking silly. It’s important that this lion — one of the most powerful creatures on earth – is life-size. Being face-to-face with him gives you a real sense of his power. And the fact that he is wearing a silly little paper crown from a fast-food joint does nothing to minimize that power.

Are you going to be the one to tell him he looks like an idiot?

Even if you did, it’s pretty clear that he wouldn’t care one whit about your opinion.

We can’t control the opinions of others or what they think of us. But that doesn’t matter, because you are enough. You don’t need anyone else’s permission or validation to feel valuable. Own the power that comes from being you – your wonderful, weird and wacky you – and not caring about what other people think.

You are amazing, talented, and wonderfully made, just the way you are.

When you can own that? Well, that’s as powerful as you can be.