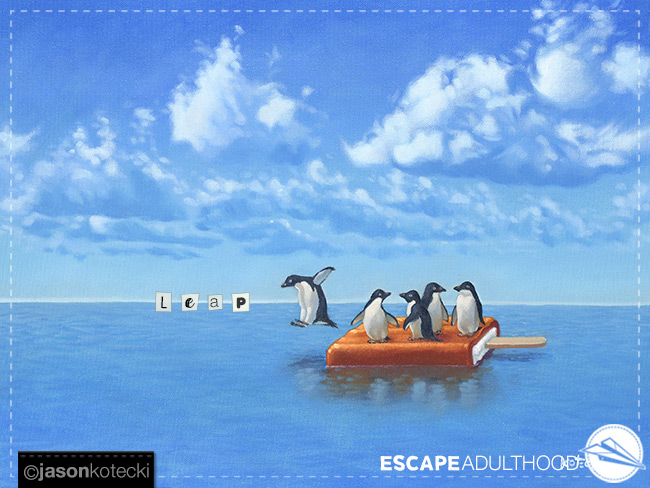 Why is it that so many of the people who have found success in America are first-generation immigrants? One big reason is that many of them came from a place that is not so great. They saw America as the Land of Opportunity and they pursued it with a definitive focus and relentless persistence. They were willing to leap from the known to the unknown.

A big reason people don’t chase their dream is because where they are now isn’t half bad.

They give up the dream and settle for the dreamsicle.

A dreamsicle is sweet and alluring and very tempting. It’s the option most people go for, with its safety, comfortability and surface-level perks. Because of that, you wonder if you’re crazy to even consider abandoning it.

The dreamsicle is the lifestyle that ensures you need to keep your current job for as long as possible.

It’s the boyfriend who checks all the boxes except for the one that matters most.

It’s the job that impresses your parents but gives you Sunday Night Dread.

But eventually, it leaves an unsatisfying feeling in your stomach. Like maybe you shouldn’t have settled for something so easy.

When I first started my business, the prospect of dealing with taxes, paying for my own health insurance and being solely responsible for the revenue (or lack thereof) felt daunting. Turning down a steady job with killer benefits and staying in a crappy apartment for eight years seemed ill-advised at the time. Now it’s clear that it was one of the best decisions I ever made.

Any time you break away from the crowd do something different is scary. The leap into unknown requires us to be the leader of our own destiny.

But nothing is ever as rewarding or satisfying as chasing the dream in our heart.

The dreamsicle is not the same as the dream.

Is it time for you to leap?