Are You On the Right Track? 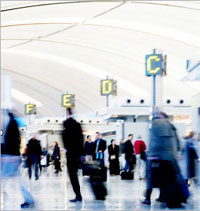 Being on the road can be tough. The adventure is fun, but lots of little “stuff” can add up and wear you down. Stuff like lugging heavy suitcases and extra boxes filled with books through the airport…waiting an hour on the runway for some last-minute plane repair to be documented…taking your shoes off for the hundredth time while a uniformed official looks at you suspiciously…being in so many different hotels that you forget which numbered door your room key will open…and trying desperately to catch a few moments of sleep on a red eye flight in a seat that seems more like a sardine can than a place to rest.

That’s the “stuff” that can really take it out of you. Just yesterday, Kim and I were in four states in one day (North Carolina, Michigan, Wisconsin, and Minnesota.)

But we actually like being on the road. The “stuff” is what we use to help us practice what we preach. It can be a challenge at times, but ultimately, it’s the people we meet that make it all worthwhile.

In Chapel Hill, we met a young guy from Mexico named Carlos. He works with special needs kids and was in New Orleans when Katrina hit. He was the only person in the whole audience who raised his hand when Kim asked if anyone had eaten desert first in the last week. After our talk, he told us the reason he moved away from Mexico is because all of his friends were only concerned about looking and dressing a certain way. They mocked him because he was different. It’s hard for me to imagine anyone not wanting to be friends with Carlos. He was different alright, but a refreshing kind of different. Were it not for his curly black beard, you’d swear you were talking to a little boy, full of life and fun.

We encountered a woman named Joyce at another gig. She seemed to hang on every word we said, with a wide smile beaming through the crowd. (Speakers love audience members like that.) When the presentation was over, she leapt to her feet for a standing ovation. She stopped by briefly at the autograph table to enthusiastically thank us and kiss us both (for some reason I get lots of kisses from older women.) We learned later from someone who knew her well that she had been in a bit of a depression. He told us that if nothing else, just to see her that uplifted made the whole event worthwhile.

We had dinner with a talented musician named Bryan. We became friends over the Internet and he drove two hours to see one our presentations in Charlotte. At dinner we talked about big dreams. He shared how inspired he was by our Escape Plan, and that our message was a factor in his decision to give up a job he didn’t particularly like in the computer industry for his current role as youth minister and up and coming musician. It was a humbling experience and a fun time. (You can learn more about him here.) 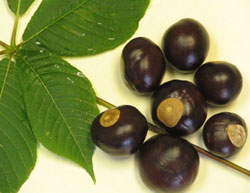 One of the neatest stories of all involved a woman who happened to win one of the free prizes we give out to lucky audience members. One prize involves finding a hidden toy capsule (similar to the free prizes we include in every Lemonade Stand order) that contain some sort of reminder — a souvenir — from childhood. After the presentation, she shared a remarkable story. She and her family had just been in the Midwest to visit relatives and introduce her kids to the place where she grew up. She had really hoped to find a buckeye that she could show them. Her kids had never seen buckeyes, which were something she used to play with and enjoy as a child. Naturally, the time went so fast that she didn’t think again of the buckeyes until they were already on the return trip home. She wanted to kick herself. As it turned out, in an audience of almost 200 people, she was the sole winner of a magazine and a toy capsule that just so happened to contain…a buckeye.

Those are just a few stories from our most recent road trip that remind me that we’re on the right track. Those little “Godwinks” serve as signs to encourage and strengthen us amidst the less than fun “stuff” that can wear you down.

No matter what you do or where you work, everybody has “stuff” that is a little bit less than fun. But hopefully you have moments that remind you why you’re doing what you’re doing. Those moments that give you joy and a sense of fulfillment.

Here’s a hint: if those sorts of experiences are few and far between, you might want to reconsider how you’re spending your time.