A New (Really Old) Way to Create Calm In Your World 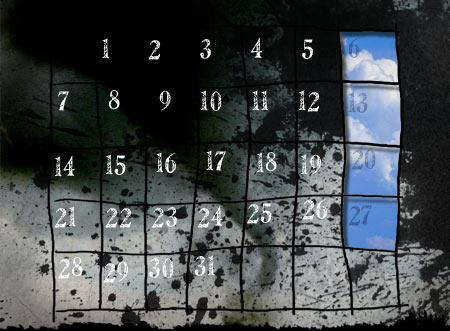 Meetings. Recitals. Soccer practice. Grocery shopping. Day care drop-offs and pickups. Birthday parties. With all the busyness that is running rampant in our lives, wouldn’t it be awesome to have one day a week just for you and your family to lay low, sleep in, hang out, and pretty much do nothing?

Does it sound like the perfect antidote to all of the stresses that keep you perpetually running on fumes?

Does it also sound as likely as waking up tomorrow morning with your head stapled to the carpet?

The idea of taking one day a week as reprieve from the hectic pace of modern life may seem pretty revolutionary, but it is actually as old as human history. It even has a name, albeit an old-fashioned and highfalutin sounding one: Sabbath.

The word itself probably conjures up religious overtones and maybe even an image of Charlton Heston holding a couple of stone tablets. And indeed, the concept of “Sabbath” does have ties to religion, with roots in several faith traditions, including the Jewish, Christian, Buddhist, and Muslim faiths.

But I don’t want to talk about religion.

I just want to talk about Sabbath. It comes from the Hebrew word “shabbat,” which means to stop or to rest. In fact, the Sabbath has never really been for God. It’s for us. The idea of taking a day to stop our frenzied activity is as relevant today as it ever has been. It’s exactly what we need.

But most people — maybe even you — think of such an idea as impractical or even impossible. After all, weekends are packed with athletic events, church activities, work commitments, and family get-togethers like birthday parties, baptisms, and weddings. You’d love to have a day off, but its not like the world is going to let you take one.

No, the world might not be too keen about you dropping off the radar, but you know what?

It’s not the world’s choice. It’s yours.

I have some friends who have completely challenged my thinking about what’s actually possible when it comes to taking a Sabbath. A few years back, they committed to taking one every week. They chose Sunday as the day. Here’s what it typically looks like: After they go to church in the morning, they come home and have leftovers for lunch. Then they just, well, hang out. They take naps. They play board games. They watch old Andy Griffith reruns. And they get pizza delivered for dinner (no cooking for Mom!)

When I first heard of this, I was as intrigued as I was perplexed. “But what if your kids have a baseball game? What about youth programs at your church? What about the obligatory birthday parties of friends and family?”

Knowing that the husband was a speaker who specialized in the church market in which Sunday evening programs are common, I added, “What about places that want to hire you on Sundays?”

“We say no,” they said simply and directly.

They admitted that it was challenging at first. They had to do a lot of communicating. They told churches who wanted to hire him on Sundays that their Sabbath was vital to the health of their family, and most of the time, the church was able to book them on a different day. They spoke to the coaches of their kids’ sports teams at the beginning of the season and were very up front about them not being able to participate in games or practices on Sundays. (And believe it or not, the coaches didn’t even penalize the kids by cutting their playing time!) They explained to the leaders of their church that they wouldn’t be attending any programming on Sundays. Even extended family members eventually got with the program and respected their wishes.

“And you know what the most amazing thing is?” they added. “The kids look forward to it more than we do! They love the downtime and the reprieve from the busy week at school.”

I was simply blown away by the audacity of this family to disregard the concept of what a typical weekend is “supposed” to look like. And I was challenged to follow their lead with my own family.

Their example helped me to see that the idea that we are “obligated” to go to all the athletic, church, and family activities going on is another one of those rules that doesn’t exist.

Believe it or not, you get to decide what a weekend is “supposed” to look like. (For YOU, at least.)

Starting this past year, Kim and I have committed to this idea of taking a Sabbath, and I can’t even tell you how much it has contributed to the overall health and happiness of our life. Just like anyone, our weeks are busy and contain their share of potholes and emergencies, but they are so much easier to deal with when you know you have a light at the end of the tunnel: a day to stop and get refreshed.

Again, even though some faith traditions consider certain days of the week as the “official” Sabbath, the concept is just to take one day a week to take a time out, slow down, and reflect in celebration about what we’ve been given. Because we are self-employed, Kim and I have a lot of flexibility with our schedule. Sometimes we’ll take our Sabbath on a Saturday, a Sunday, or even a Monday. Here are a few guidlelines we follow:

You might choose to do things a bit differently. Nobody’s life is the same, but there are two constants:

First, a Sabbath is doable for everyone. God is pretty clear on that point, and if you think you’re the exception, you’re wrong.

Second, the world isn’t going to offer you a free day once a week without a bit of effort. It will take a little creativity, a little sacrifice, and a little communication. You will probably have to say no to some good things in order to say yes to the best thing. But in the end, it will be SO worth it.

These days, we’re so busy missing out on stuff, we don’t even realize what we’re missing out on! I don’t care if you’re a religious person or not. I would suggest that you seriously examine the rules that don’t exist and consider implementing a regular Sabbath into your own life.

In the end, a little respite from the cacophony of voices and choices, from the harried busyness that wears down our immune system, is not a luxury. It’s an absolute necessity.

Now more than ever, we all need time to physically and mentally rest. To breathe. To just be. And to make sure life doesn’t speed by you before you’ve ever had the chance to figure out where you want to go.

[This article was originally published over at Dumb Little Man. There are some great insights to be found in the comments over there as well.]