Avoid The “I Wish I Wouldas” With The 10-Year Rule 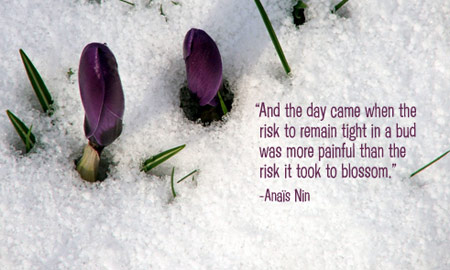 When I was a kid, I was afraid of everything. Especially new situations.

I was the only kid in my class to cry on the first day of kindergarten.

I quit t-ball in about 5.7 seconds after I walked into the dugout and realized that I didn’t know any of the kids sitting on the bench.

During a Cub Scout parade when I was about twelve, we were all supposed to ride our decorated bikes down the middle of a street in town. A street that just so happened to feature a pretty big hill. I was the only kid to walk his bike down it. 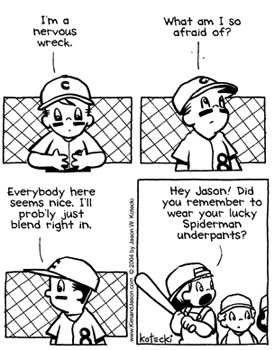 I would often give out fake excuses to friends in order to avoid going over their house to play. (One day my mother caught me and made me call a kid back to tell him I could indeed come over. I was thoroughly embarrassed — and terrified. But not surprisingly, I actually had a great time.)

Clearly, I had issues.

Fortunately, I’ve gotten a LOT better over the years. I think a big reason is that I decided I didn’t want to wake up on my 90th birthday, look back on my life, and wonder, “What if?”

This quote by Anaïs Nin was very cathartic for me:

“And the day came when the risk to remain tight in a bud was more painful than the risk it took to blossom.”

For me, the day finally did come when the fear of regret became more powerful than the fear of being in a new situation. And that’s when my life started to get good.

And so it was with great interest I read a passage I read in an article from The Art of Manliness. It was about something called “The 10-Year Rule”:

The 10-year rule is a simple algorithm for determining what you should do when you’re seeking out adventure. Basically, whenever you are presented with a choice, ask yourself which option you would prefer to have taken in ten years.

Sometimes this rule will cause you to spend more money than you otherwise would have. Sometimes it will cause you to spend less. It will almost universally force you to do more, socialize more, and go outside your comfort zone more. In fact, if you’re going to obey the ten-year rule, then going outside of your comfort zone will become almost a norm.

Although it manifested in an extreme way when I was younger, it’s a natural human tendency for all of us to gravitate towards the things with which we are comfortable and avoid those which we are not. In fact, Adultitis loves it when we do. But I see the 10-Year Rule as a great, simple rule of thumb to remind us to step out of our comfort zones once in a while so we can avoid thinking “I wish I woulda” when it’s much too late.

Kim and I were able to implement this concept a few years ago when we parasailed over the Gulf of Mexico while in Florida. Parasailing was not exactly in the budget at the time, but we decided to go for it. I’ve never regretted it.

I think the 10-Year Rule is a great tool every Adultitis-fighter should have in their bag of tricks. What say you? Have you ever done something that may have been scary or uncomfortable at the time but are happy you went through with it?