My Comic-Con Experience (in Words & Pictures) 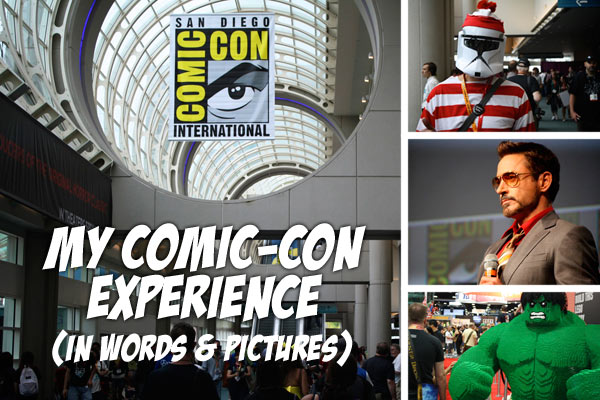 Attending the San Diego Comic-Con has been on my bucket list for some time now. Not anymore.

After spending time in Portland for the World Domination Summit and down time with friends, I flew down to San Diego for the world’s largest celebration of the popular arts.

I wasn’t sure what to expect, other than that it was supposed to be huge. And it was. Basically, 125,000 nerds completely take over San Diego for a week. At times, it takes about ten minutes to walk ten feet and if you wanted to, you could spend your entire time there waiting in line. (And many people did.)

I already shared the biggest lesson I learned from my experience, so this post is just a fun follow-up featuring some photographic highlights.

Everyone I told about my plans to go to Comic-Con asked me the same question: “Are you going to dress up?”

You see, many of the attendees use the occasion of Comic-Con to dress up (or cosplay, as the cool kids call it) as their favorite movie, TV, or comic book character. I did not, and I’m glad I didn’t, because as far as I could tell, the really good ones spent their whole time posing for pictures. (Which was perhaps their goal.) The people who did show up in costume were in the minority, but I did find some good ones. 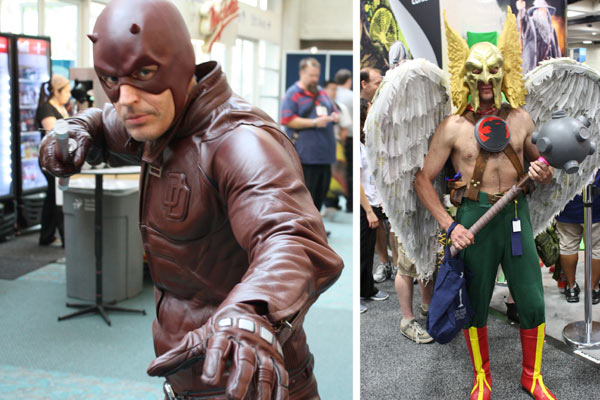 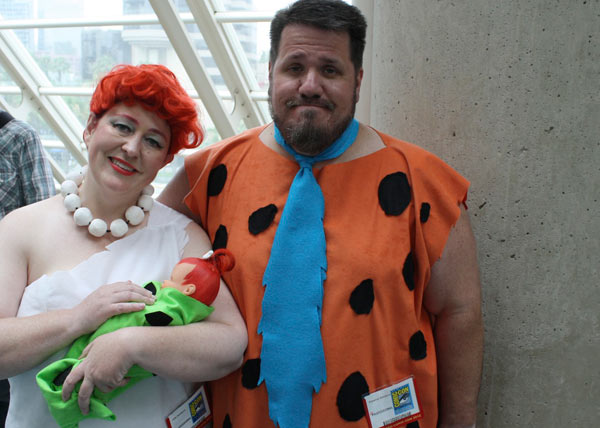 I was kind of surprised how many ladies were into it, but they definitely brought their A-game. 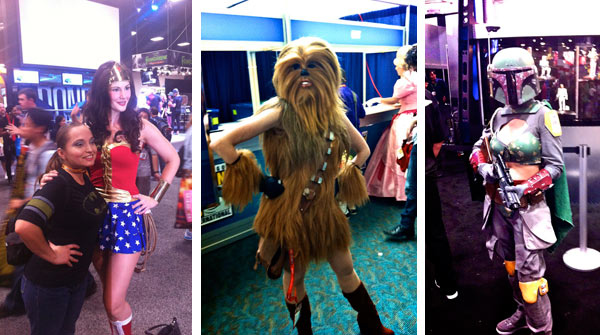 I especially enjoyed seeing the kids in costume. 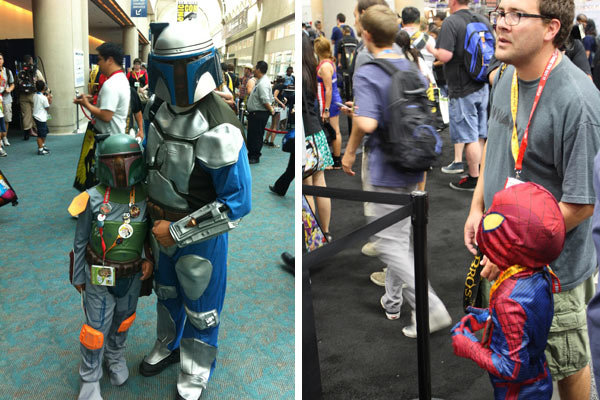 But my favorite scenes were seeing Stormtroopers and other Imperial Scouts in and amongst the crowd, as if they were on patrol and their presence was completely normal. 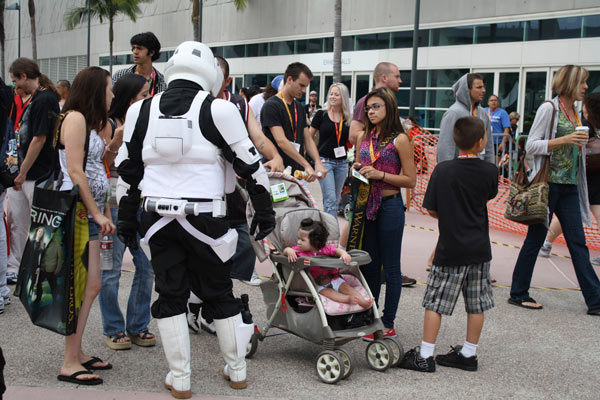 It totally made me feel like I was living in Cloud City or something. 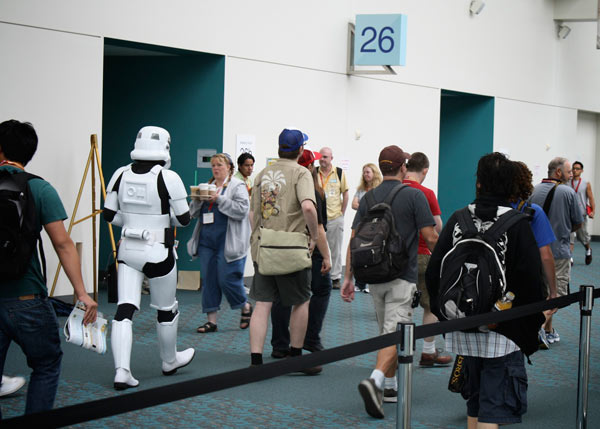 I was thrilled to see and photograph Spiderman on my first day on the Con. 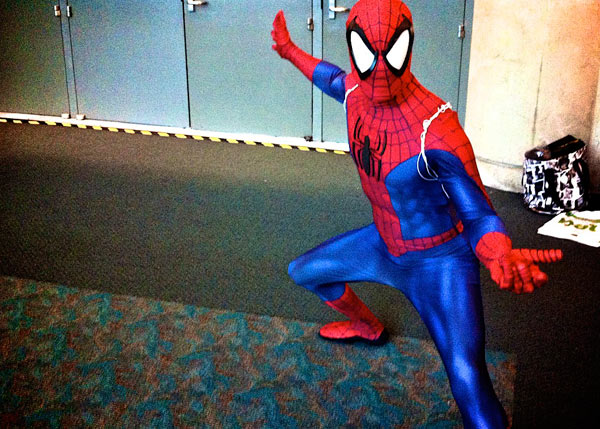 But a few days later, I spotted him wandering the exhibition hall, clearly the victim of a steady diet of unhealthy convention food. 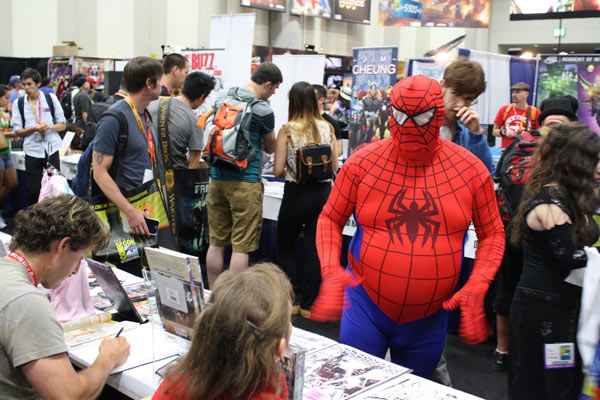 Speaking of the exhibition hall, it was filled with tons of neat things, like the Hulk made of Legos in the title image above, as well as Superman suits past and present: 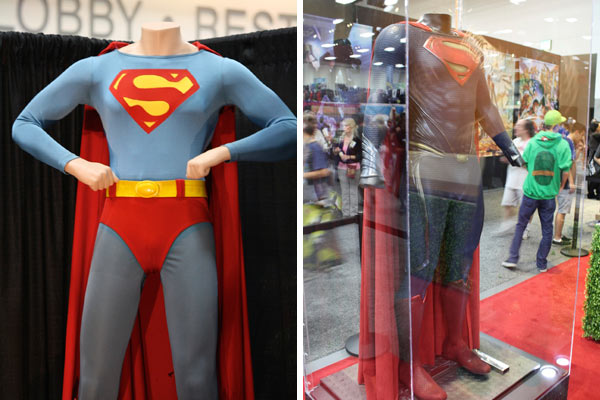 There were toys and collectibles crafted with a ridonkulous level of detail. Believe me when I tell you, this is a toy, people! 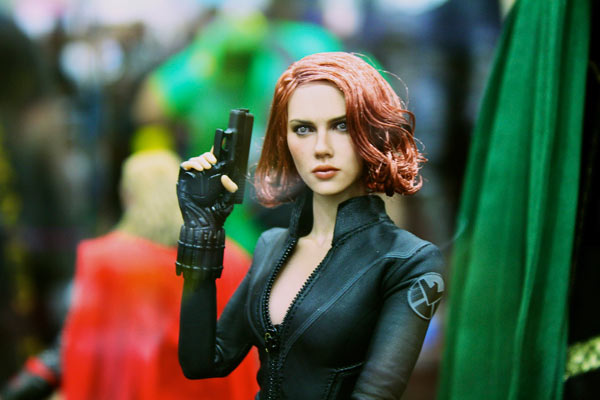 On a personal note, I was delighted to spot this Incredible Hulk poster from my past out of the corner of my eye. It is the EXACT same poster that hung in my bedroom when I was about four years old. I remember having to take it down every time my cousins came over because they were frightened by it. 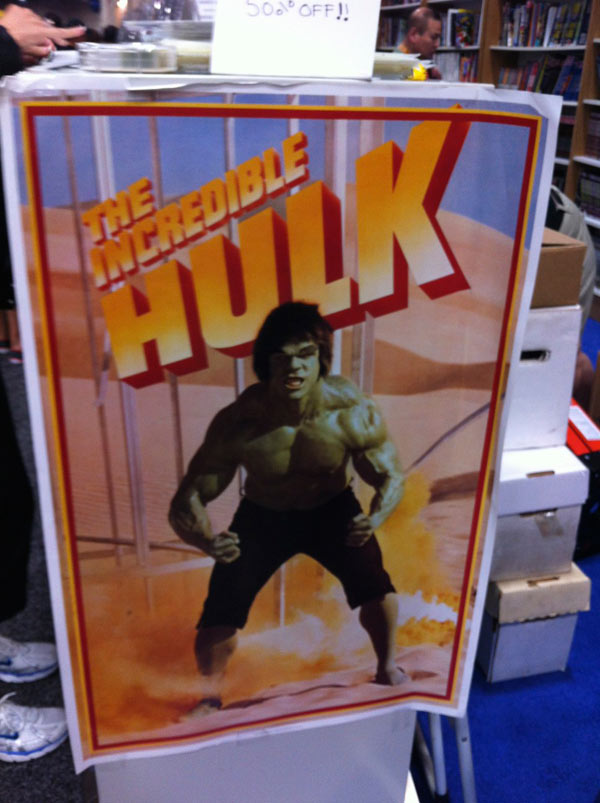 Fortunately, most of the panels I wanted to attend weren’t popular enough to require waiting in long lines. Which leads me to a question: If you attend a conference filled with nerds and you end up in the least popular panels, does that make you the king of all nerds?

Most of the panels I was interested in were the art-related ones. A notable highlight was getting to see cartoonist Bill Amend talk about his experience creating Foxtrot. Way cool. 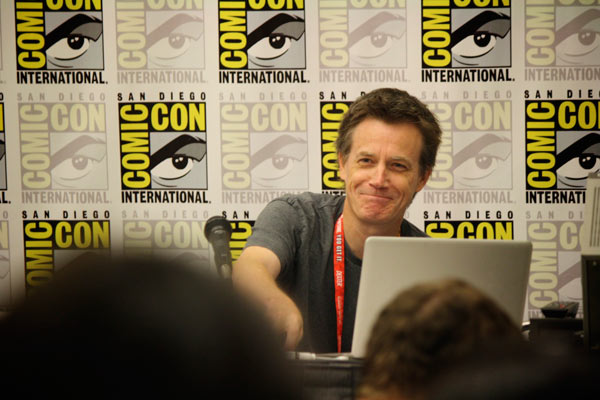 On my last day, I was able to get into the fabled Hall H with my friend Ryan. It’s the largest room at Comic-Con, reserved for the biggest celebrities, surprises, and sneak peeks. Some of the celebs we got to see were Quentin Tarantino, Jamie Foxx, Will Ferrell, Zach Galifianakis, and Peter Jackson, who talked about The Hobbit with stars Martin Freeman (Bilbo) and Ian McKellan (Gandalf): 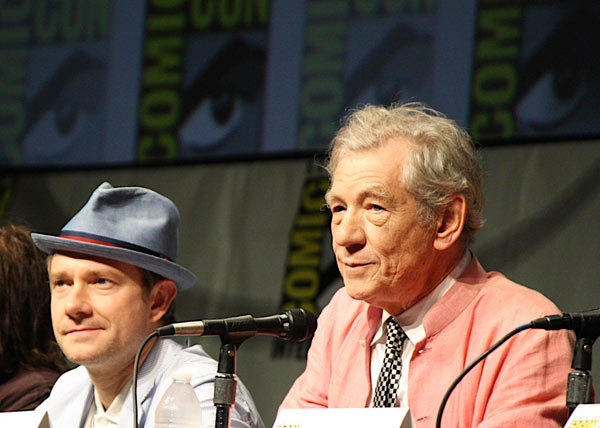 We also got a sneak peek at the new Superman movie, Man of Steel, directed by Zach Snyder (left) and starring Henry Cavill. 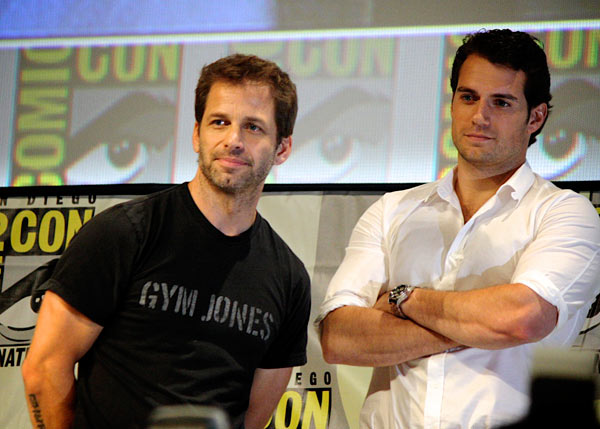 And we got to watch Robert Downey, Jr. — aka Tony Stark, aka Iron Man — entertain the crowd and introduce the third installment of the Iron Man franchise. I was happy to have lugged along my zoom lens that allowed me to get this killer shot: 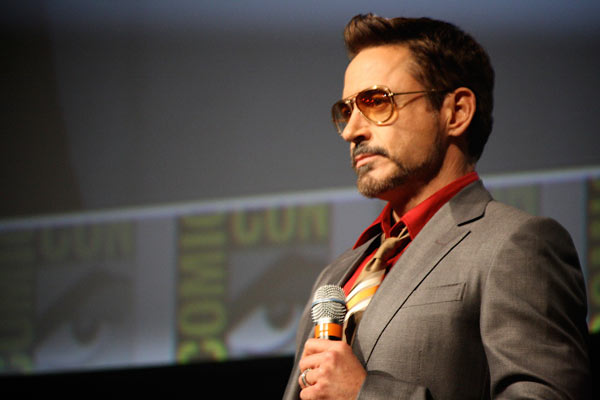 Here is a video I found online of RDJ’s surprise entrance. The crowd was going wild.

This is just a sampling of the amazing sights I saw in San Diego. You can check out even more pics on Flickr.

My first (and probably not last) visit to Comic-Con was very memorable. I met some awesome indie artists, saw some remarkable costumes, and strengthened a friendship. But I’m pretty sure the biggest highlight was unexpectedly stumbling upon Super Grover interviewing a little boy in the exhibition hall. I was literally starstruck! (Super Grover is my favorite!) I’m glad I composed myself long enough to sneak this little video with my iPhone:

Have you ever been to Comic-Con? If so, what was your favorite memory? If not, what would you be willing to wait in line for hours for?