You Can’t Have it All. So Choose What You Want Wisely. 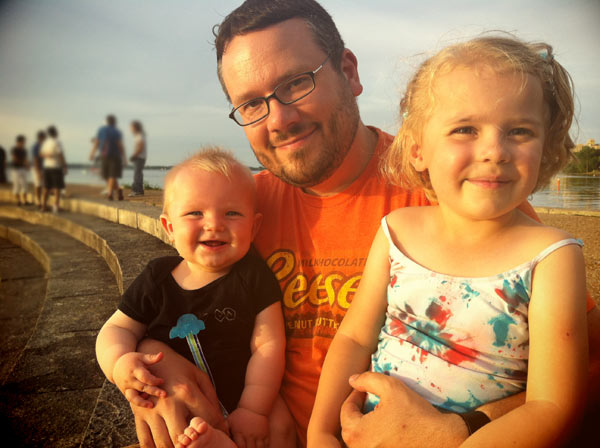 Does the more time you spend with your family lessen the impact you can have through your career?

Since becoming a father, that is a question I have struggled mightily with.

I have not seen any examples of people who have risen to the top of their field and made a ginormous impact on the world, while also establishing themselves as an all-star parent. Don’t me wrong, I’m not suggesting that if you are a committed family man then you have to kiss your chances of succeeding professionally goodbye. I’m talking about what it takes to achieve history-making, world-changing impact, such as the impact made by people like Steve Jobs or James Cameron.

I recently finished the Steve Jobs biography by Walter Isaacson. I found it interesting to learn that the reason the historically private Jobs was so open in interviews for the book was for his kids. “I wanted my kids to know me,” he said. “I wasn’t always there for them, and I wanted them to know why and to understand what I did.” According to the book, Steve’s only regret was that he would have been as successful at fatherhood as he had been in the technology business.

Which bring up an interesting question: Would it even have been possible?

There is little doubt that Steve Jobs was one of best in the world at what he did. The world is definitely better off because of many of the innovations Steve Jobs helped bring to light.

But if he had spent more time with his kids, would he have made less of an impact with his career?

For people who live in the first world, by and large, you can pretty much have everything you want. The problem is that we too often fall for the myth that we can have everything we want.

Call me Captain Obvious, but those are not the same thing.

With movies like Terminator, Titanic and Avatar, James Cameron has won awards and amassed a fortune while making an undeniable impression on the entertainment industry. But Terminator star and Cameron’s fourth wife, Linda Hamilton, spoke of his shortcomings as a father. She said that he used to tell her, “Anybody can be a father or husband. There are only five people in the world who can do what I do, and I’m going for that.”

This quotation seems to underline the reality that you can’t have it all. Sacrifices will need to be made somewhere.

The problem is that millions of people buy into the idea that you can have it all, and then run themselves ragged trying to accomplish something that’s just not possible. That’s where most people’s “life balance” problem comes from. They’re trying cash in on a false promise and then wonder why it’s not working.

It’s why they can never look quite as good as those people on TV.

It’s why they collapse at the end of the day, wondering how they’re going to fit the undone things from today into tomorrow’s to-do list.

And it’s why they feel guilty about missing big moments of their kids’ lives.

They can’t figure out how to fit it all in — let alone as gracefully as those people on the magazine covers seem to be handling it — and they end up depressed, left with the only possible explanation that something must be wrong with them.

Well, there isn’t. It’s just that they’re trying to do something that isn’t possible.

Let’s use Mother Teresa as another example. She was without equal when it came to helping the poor and the sick. But could she have accomplished all that she did if she’d had a family with four kids and a dog?

I don’t think so.

In the end, I guess it all boils down to what you consider to be a massive impact, what your definition of a great parent is, and where you feel called.

For me, I want to make an enormous impact on this world in the time that I have. I want Adultitis to become a household word so that we can be united in our fight against it in order to make our homes, our schools, our workplaces, and our governments better. But I also want to impact my kids in ways that can only be had from being WITH them. I want to have the kind of quality time that’s only made possible by investing substantial quantites of time.

I’d love to have both, but if I have to choose, I’ll err on the side of spending more time with my kids.

And that’s the thing. Ultimately you have to choose. If you have a free hour, do you watch your kid’s baseball game or meet with some colleagues about how to advance your big project? Every single day, you are faced with having to say no to some things in order to say yes to others. Regardless of what Madison Avenue or the media or Hollywood says, you can’t have it all. Pretending otherwise just leaves you stressed, disappointed. and susceptible to regret somewhere down the line.

The choices you make, for better or worse, are yours alone.